Way back when I started doing vintage outfit posts, we would snap shots just about anywhere.  The earliest posts are in my driveway, living room, etc without a whole lot of forethought.   As the outfit posts started to become a regular weekly phenomenon, we sought out better locations.  Alleyways became an easy solution, but the funnest "shoots" were those that we planned in advance and mirrored the era of the dress.  Finding mid-century backdrops for our photos became a fun little challenge as we drove around our city, lattes in hand, trying to drum up some quirky little gem to use for snapping photos.  Our drives were a bit like historical neighborhood surveys.  Not only did we start to understand how many of our post-war neighborhoods were laid out, we started to view every building in a different light.  We started to notice storefronts with curved glass block, aluminum awnings, or fabulous neon signs interspersed  with our historic downtown.  We get excited when we see Art Deco letters on an apartment building, or cinder block breezeways near a courtyard.  We are learning the hallmarks of each decade and figuring out how older neighborhoods infilled a century later.  Enthusiasm in contagious!  Our friends and family have started to notice different locations too.  Buildings that remained in anonymity are now being recognized as "that weird 40s one with the race lines" or "that cool pink 50's Motor Inn."  I have some helpful steps to help you figure out your best mid-century locations.  I guarantee you will start to see these buildings in a whole new light.
1.  Seek out your post-war developments.  Chances are, your town or city has a neighborhood that started going up in the late 40's or early 50's.   When our troops returned from WWII, the government realized that if they didn't do something quickly about the housing shortage, there was going to be political unrest.  Whole neighborhoods were built in the span of a month in some places.  Others developed over the course of a couple of decades to accommodate the baby boom.  1950's neighborhoods are usually characterized as being sprawling, with little thought to amenities being walkable.  However,  many of these neighborhoods have little pockets that surrounds schools, churches, and maybe even a tiny fire station.  These are great photo resources, many of them popped up and have never been changed.  Also, be sure to check for a neighborhood shopping center. 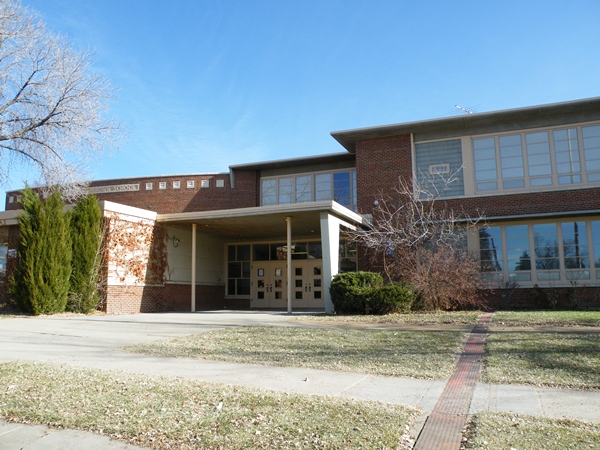 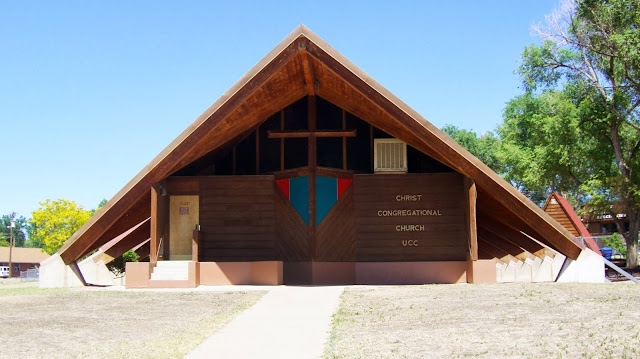 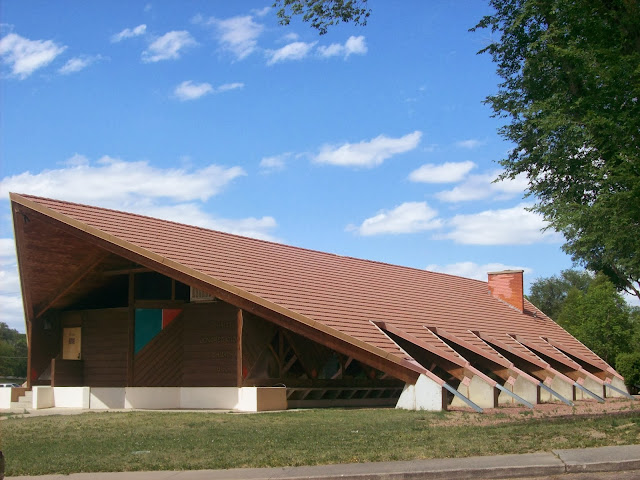 2.  Think car culture.  During wartime, there were not a lot of material goods to purchase, and many women entered the workforce with factory jobs.  This meant that when the war was over, many people had built up big savings and car ownership hit an all time high.  Many American families became two car households, which meant a whole new lifestyle that centered around the automobile.  Many car dealerships popped up, as well as drive-up style restaurants (think car hops), Motor Inns along the highway, retro gas stations, and if you are very lucky, a Drive-In movie theater. 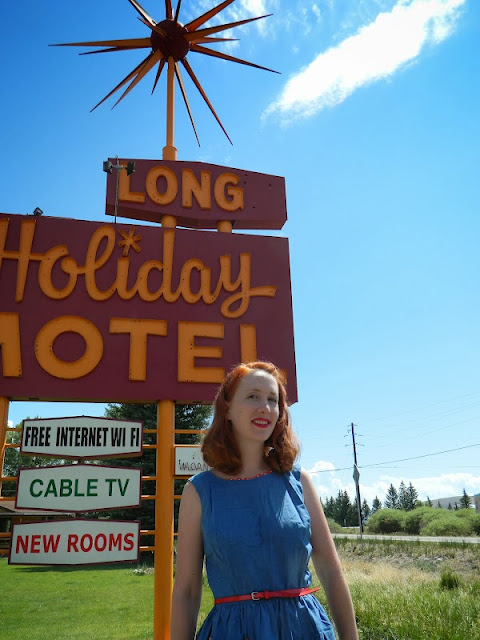 3. Figure out where the old timers hang out.  Chances are there are some great local businesses that opened up and are still serving the same crowd.  Restaurants, ice cream shops, neighborhood grocery/meat markets, bakeries, and of course bars.  We find a lot of bars that look like someone preserved their memory under glass.  I guess it's more fun to be nostalgic while drinking a beer.

Eiler's Place, Pueblo, CO ,
built in 1893, it operated as a "grocery store" during prohibition (wink wink) and then opened officially as a tavern in 1933 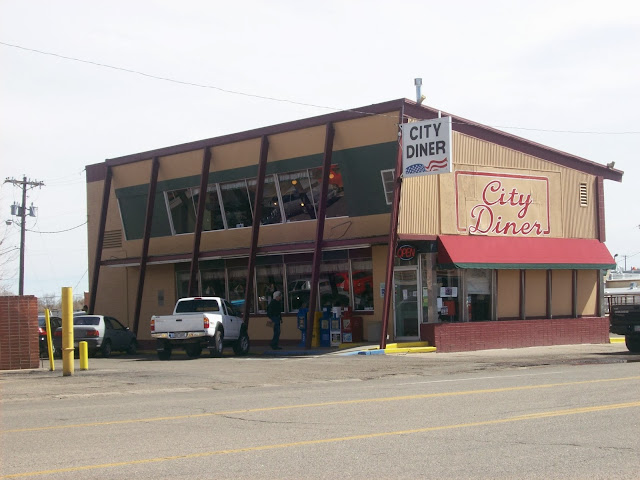 4.  Find amazing houses in neighborhoods.  This one requires a certain brashness, as it's best to ask permission before you begin posing in front of a stranger's house.  Don't let your eagerness scare them away.  For instance, refrain from saying, "Oh my, your portholes are amazing!! Could I take some pictures with them?"  Seriously, this will have them running for their pepper spray. ;) 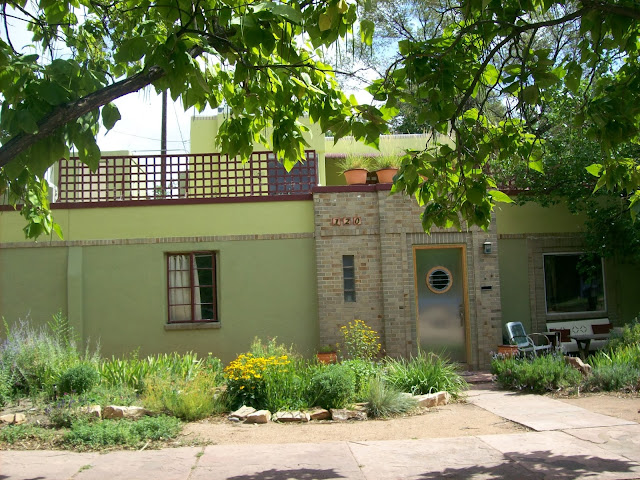 This is my friend's house, and she is okay with me liking her portholes...she's cool like that. 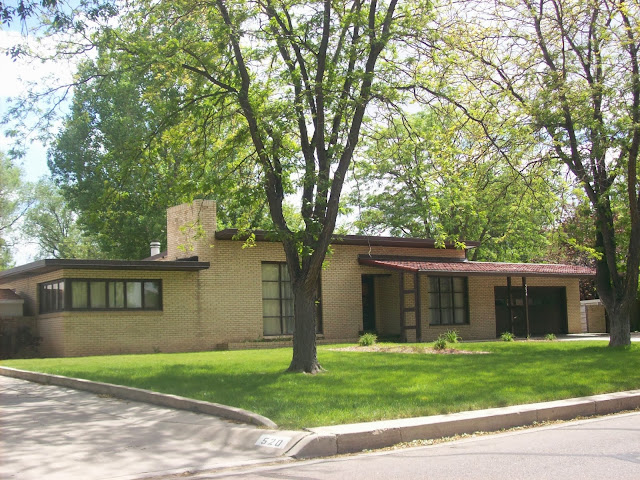 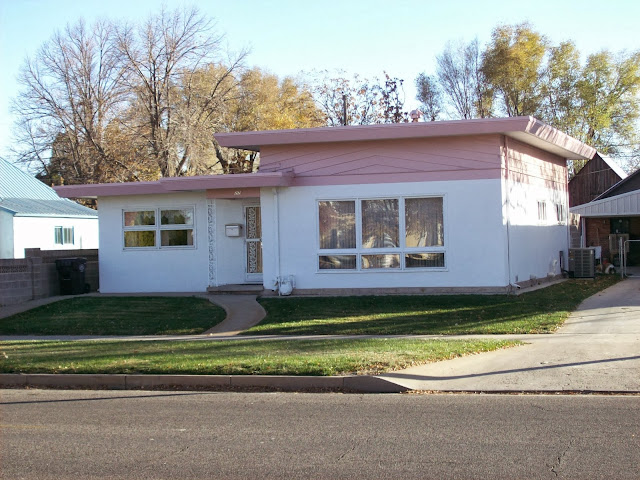 5. Do some research.  There a lot of passionate groups and organizations that put buildings on local or national historic registers, seek to preserve, or catalog architectural history. For a good starting point you can check out these links:
http://recentpast.org/
RPPN
http://www.preservationnation.org/information-center/saving-a-place/modernism-recent-past/
National Trust
http://www.landmarks.org/resources_1.htm
Landmarks Illinois
http://www.cr.nps.gov/nr/index.htm
National register for Historic Places
If you are here in Colorado, check out:
Coloradopreservation.org &  HistoryColorado.org

or for Pueblo, check out the Pueblo Modern report which can be found here: http://www.pueblo.us/
then go to departments, planning, and historic preservation 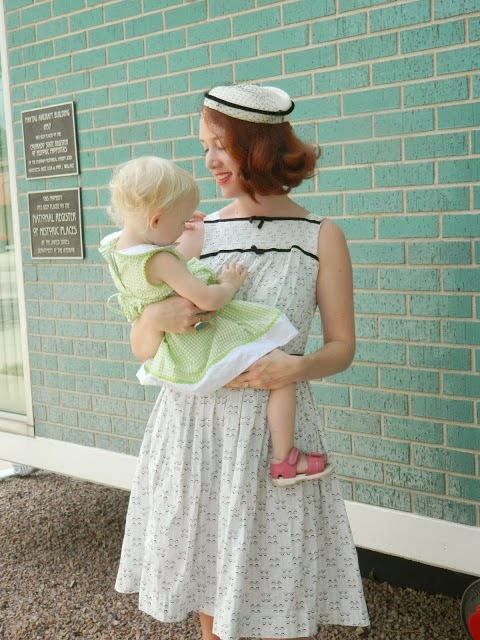 This is by no means a definitive list, but hopefully it will get you started.
Happy hunting!!
xox, Hannah