It's that time of year again, when my hubby packs up and goes to Dallas with a caravan of friends to attend BGG.con, a huge board game convention.  This year he worked the booth for a friend who was selling his game, Dark Horse.  I get little text updates throughout the day, telling me quirky happenings, and about what new game he is playing.  For the last two years, the actor Rich Sommer, who plays Harry Crane on Mad Men, has been in attendance.  I must admit to being super jealous when he sends me pics of the two of them together.  Apparently he's super friendly and agrees to take pics with everyone.

My husband left on Tuesday, so by Saturday I was pretty desperate for some adult interaction.  It's been snowy and miserable, so I was worried that no one was coming over for our regular Saturday game night.  I sent out messages to all of our regulars, encouraging them to come over and dress 60's for some game night shenanigans.  I think the subtext though was, I'm one night away from running down the street, throwing cats at people. Bat Shit Crazy.  Trapped in a house with four kids and freezing temperatures will do that to you sometimes.  I wanted to send my hubby some shots of all the fun Mad Men game fun we were having.  Fair is Fair. ;)
Playing Notre Dame 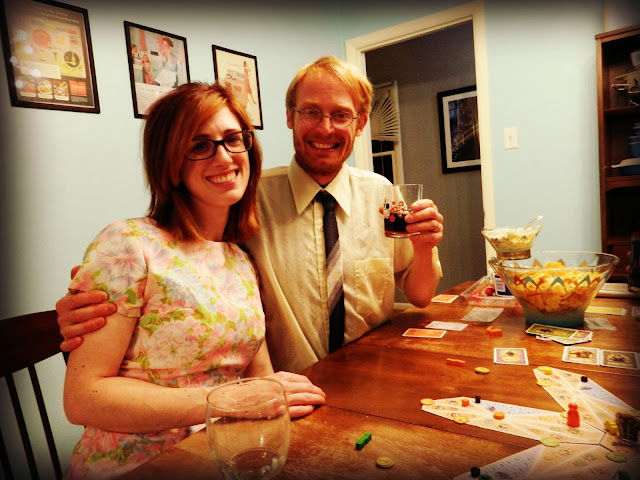 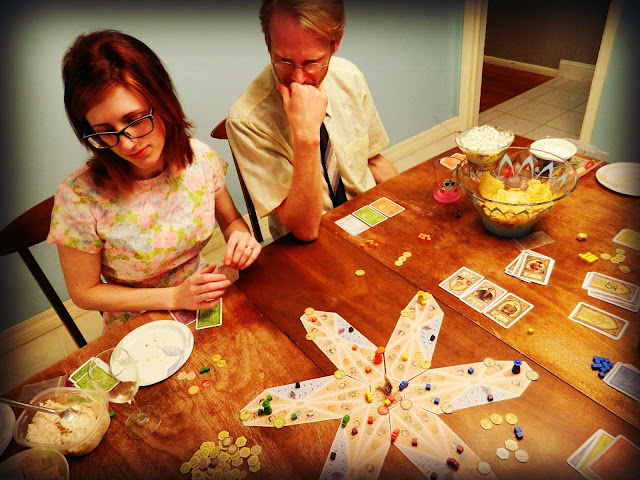 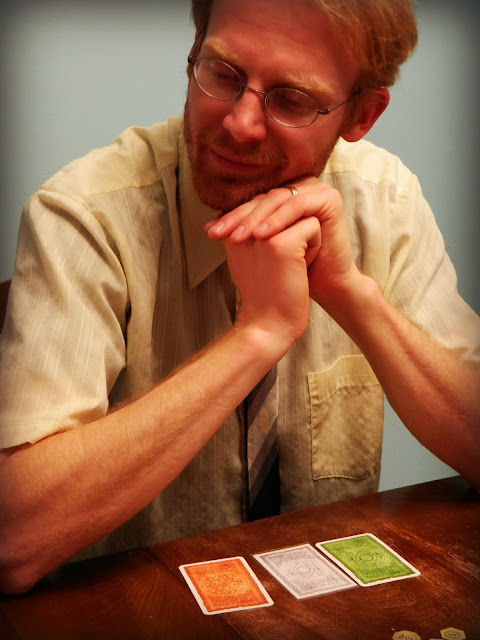 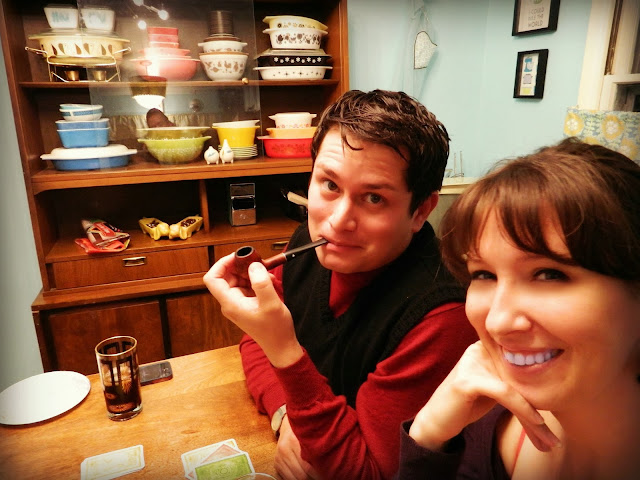 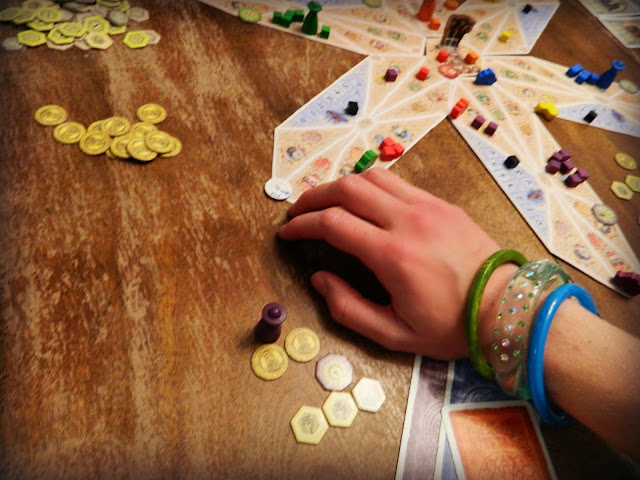 Liar's Dice...I think they are on to me 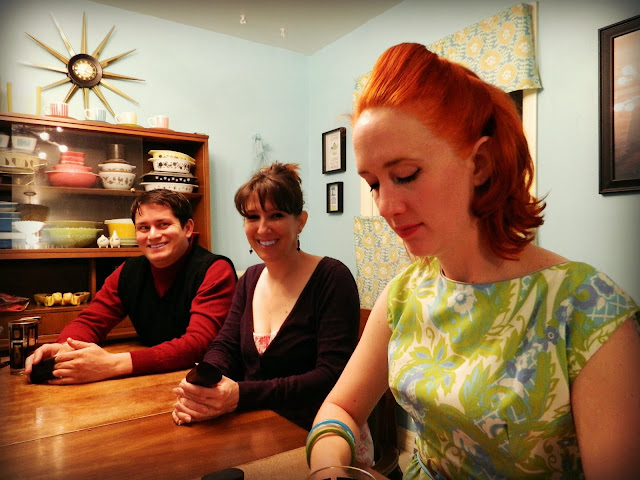 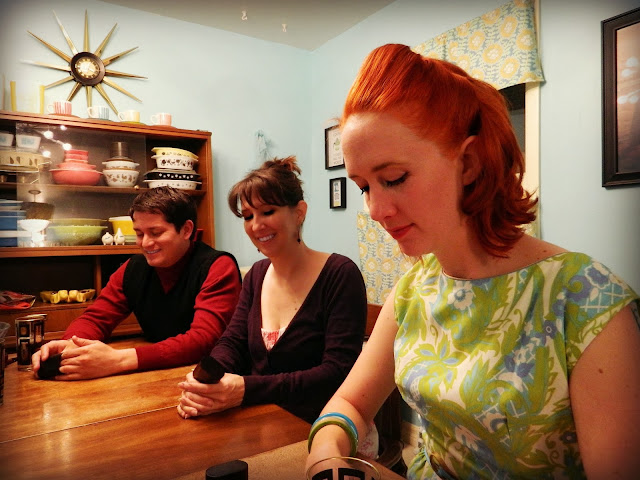 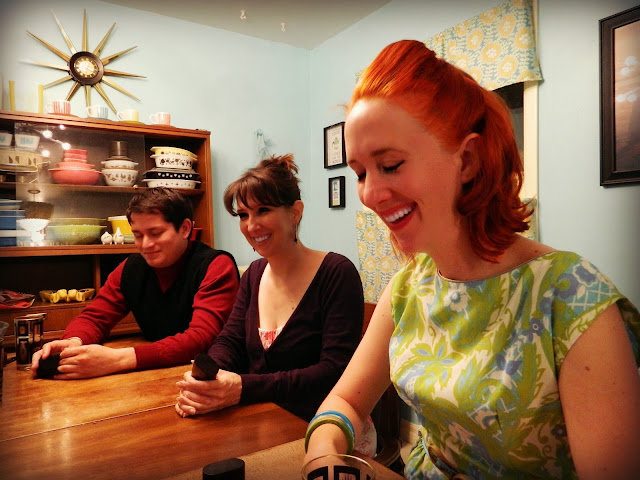 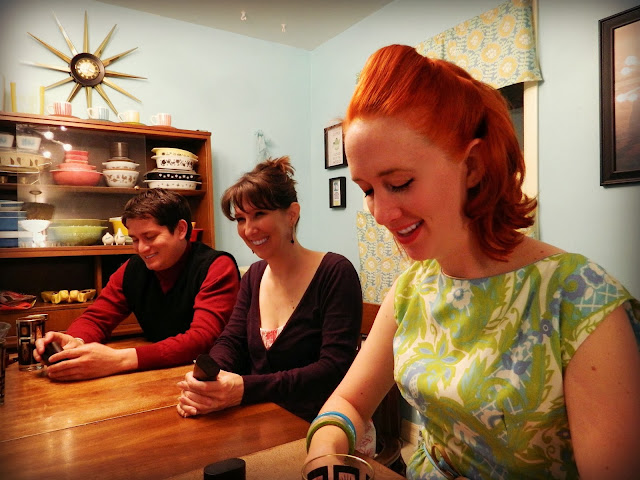 Playing For Sale.  I'm not sure of the context, but I think Juan must have been kicking our asses. 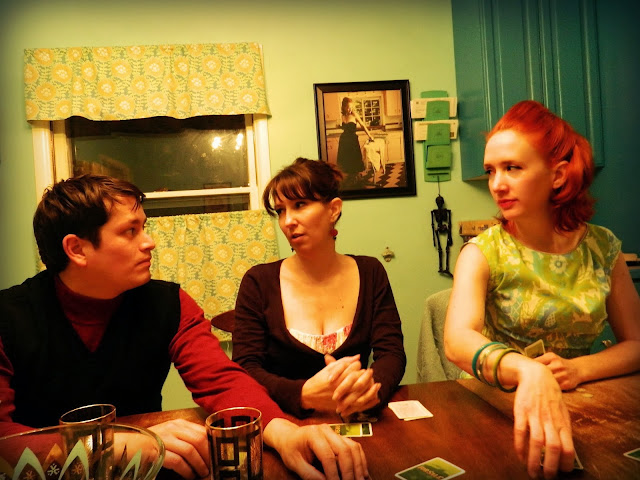 On a side note: Wade and I are going to co-design a board game, and maybe next year I'll get to go to Dallas to help him sell it!

If you are interested, Rich Sommer has a whole blog about his board gaming hobby.  He doesn't post very regularly, but he's insanely funny.  Check it out: here