The Opening for Pueblo Modern

Friday night was the opening of the art exhibition that I co-curated, called Pueblo Modern.  It was all about mid-century fashion, art, architecture, and lifestyle.  I spent hours sitting in archives at the CF&I steel museum and the library, picking out images to share.  There was a theater room in the basement that played propaganda films, strange commercials, and educational cartoons from the 1950's.  We played iconic school instructional films about what do to in case of a nuclear attack, absurd drug PSAs, and instructional movies about how to spot commies hiding among us.  The second basement room was set up like an atomic bomb shelter.  I partnered with some local antique stores; Hooda Thunk, The Nest, and Colorado Ave. Antiques and Collectibles who loaned accessories and furnishings, and we even wallpapered with authentic deadstock 1950's wallpaper from Fred's Decorating Center .  I took items from my personal collection to fill in the gaps.  A fellow collector friend, Mark Mihelich, also lent some gorgeous pieces. The Starlite Classic Campground brought one of their campers and a station wagon, where they parked outside and roasted marshmallows on the sidewalk.  A caterer provided some authentic mid-century staples, like pigs in a blanket, cucumber sandwiches, and jello.  We also created a fashion show, highlighting clothing from the 40's, 50's, and 60's.  Two vintage shops; Vintage Treasures and Robot Exchange each styled models for the event. After walking down a spiral staircase, models went into the windows and acted as live mannequins! We had a great turnout, and everything came together perfectly.  A big thanks to Kadoya Gallery owner Gregory Howell, for believing in my vision and pulling all the pieces together so seamlessly.
The show will be going until December 12th.  Our next big event will be on First Friday Art Walk (Dec 6th), when we'll be having a mid-century casserole and Jell-o bake off.
Images by Bill Belden 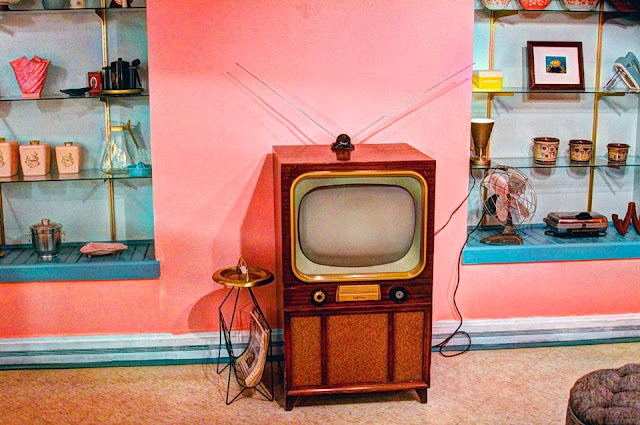 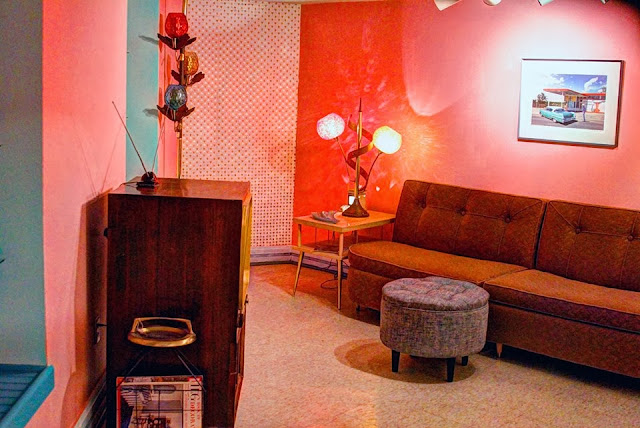 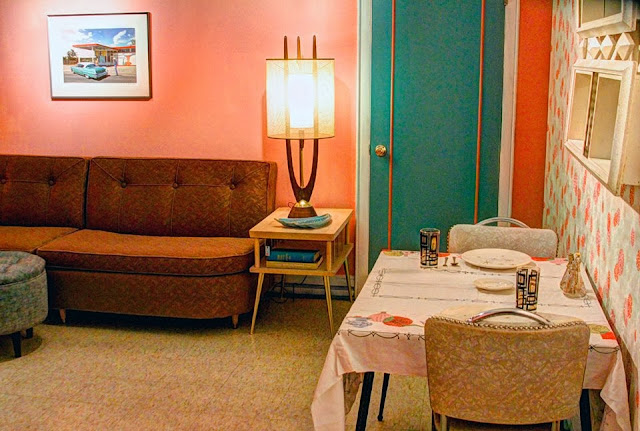 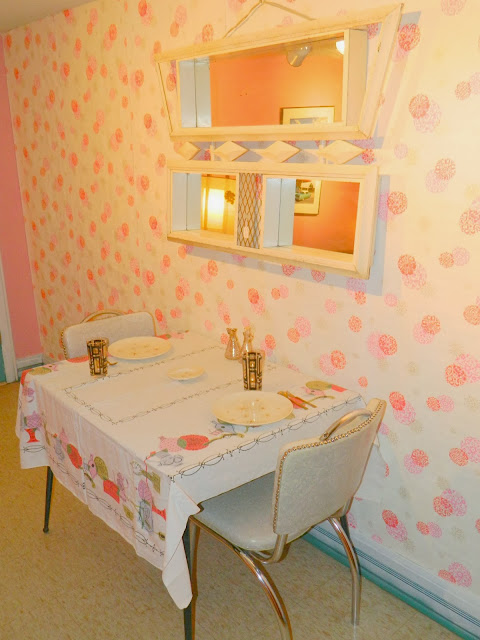 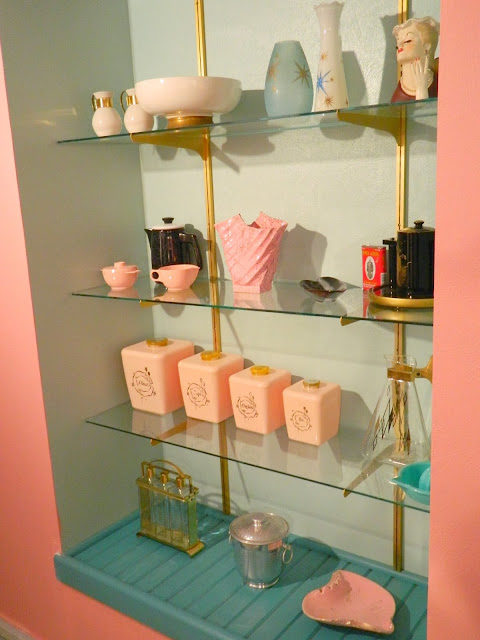 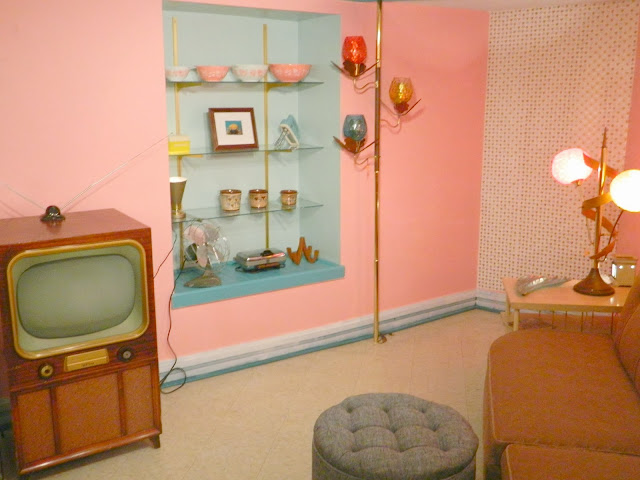 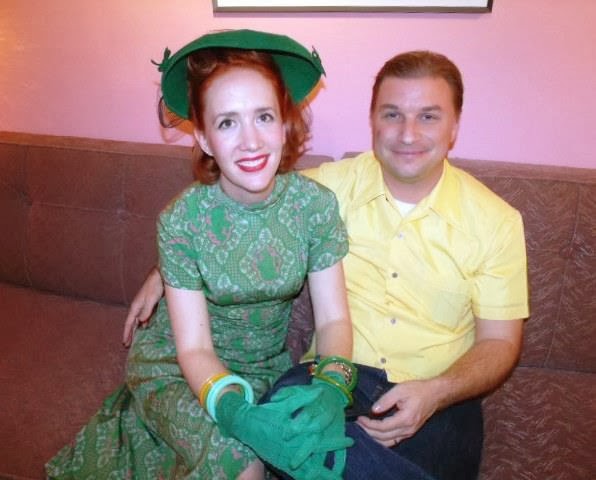 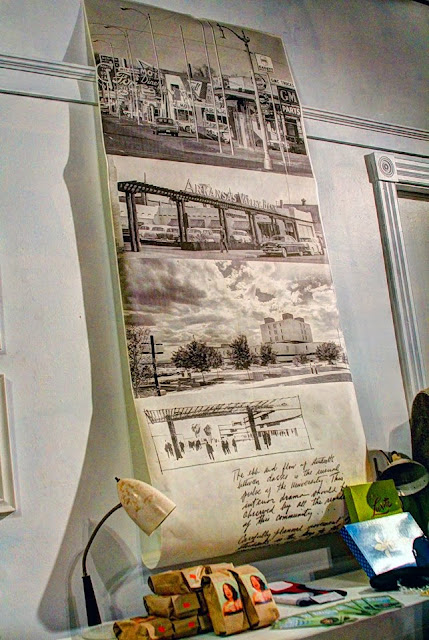 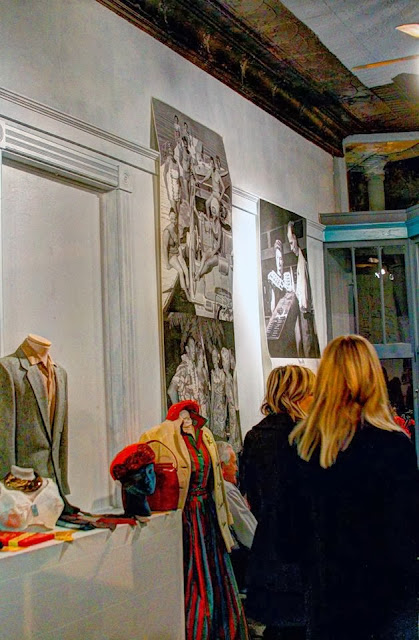 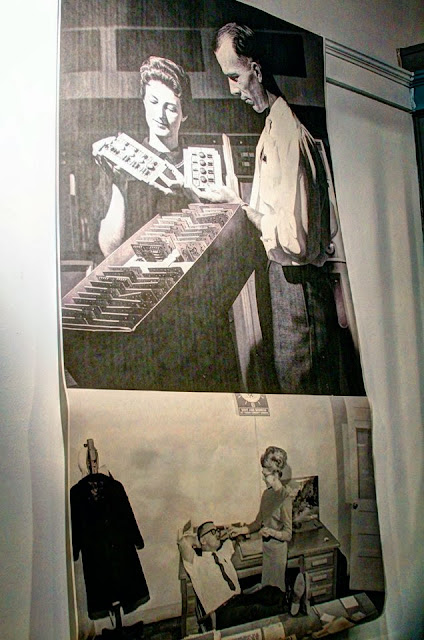 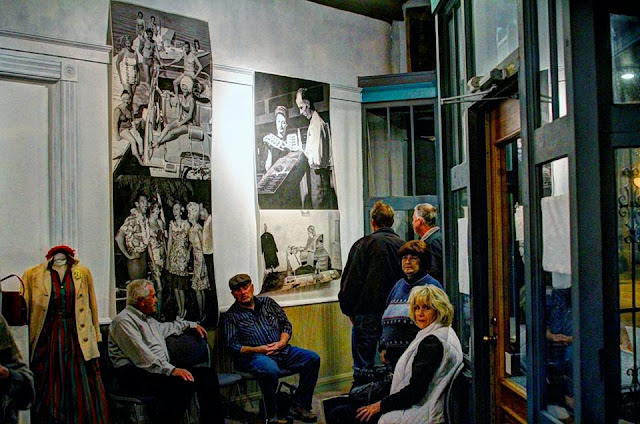 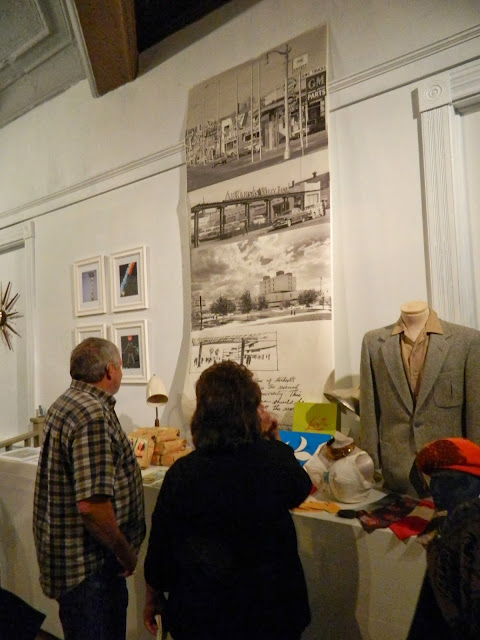 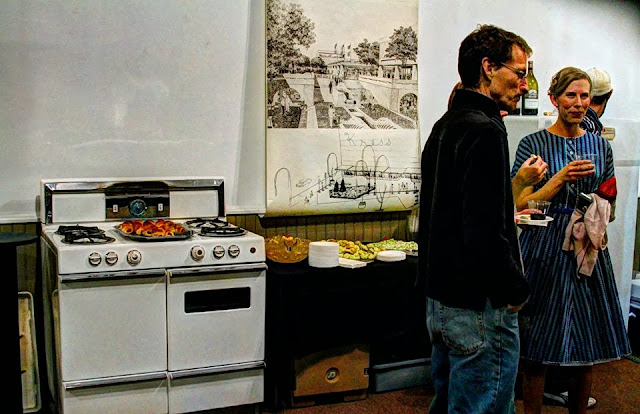 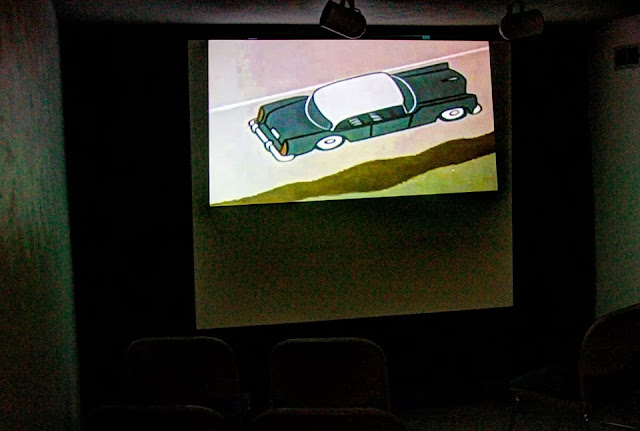 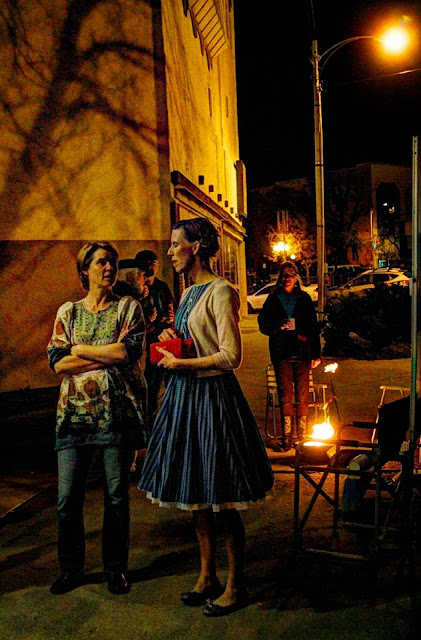 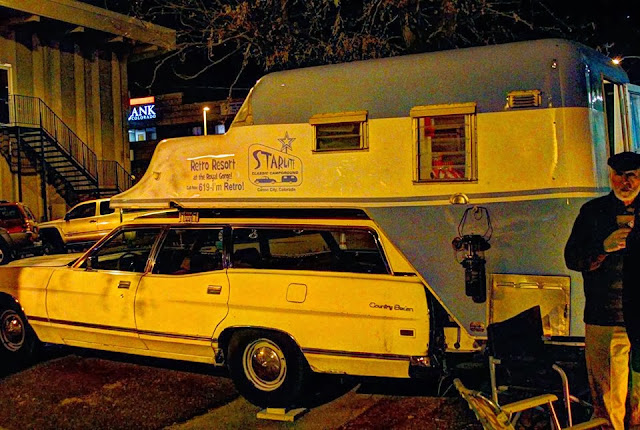 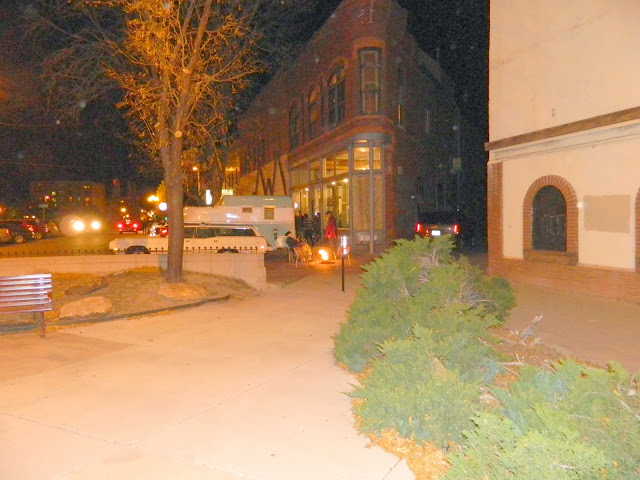 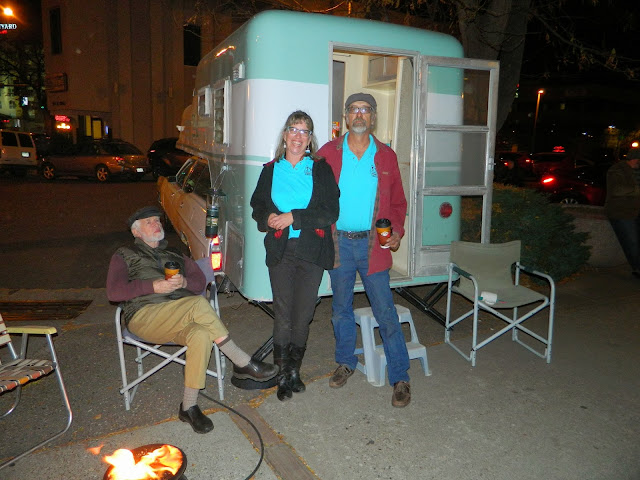 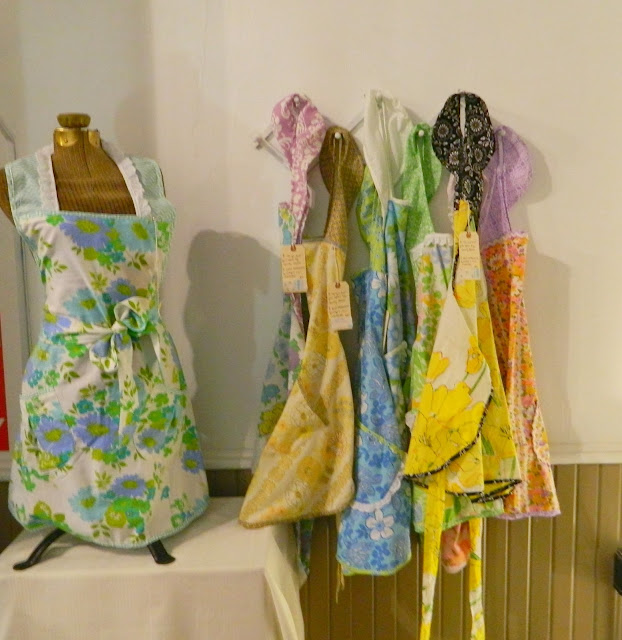 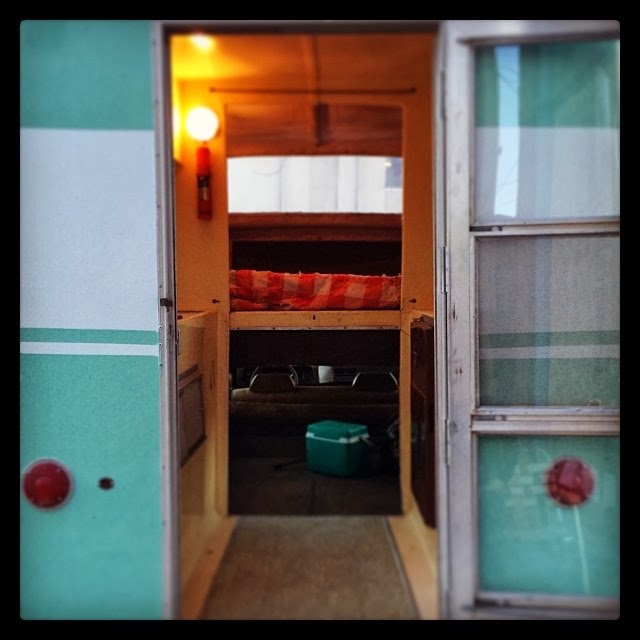 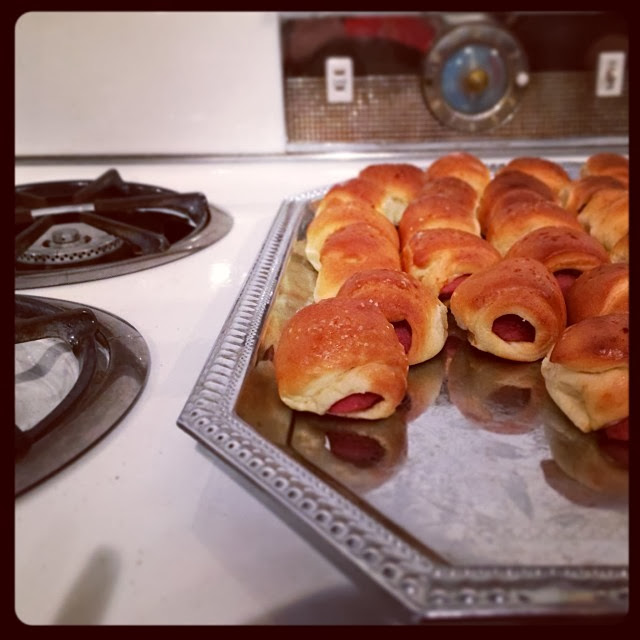 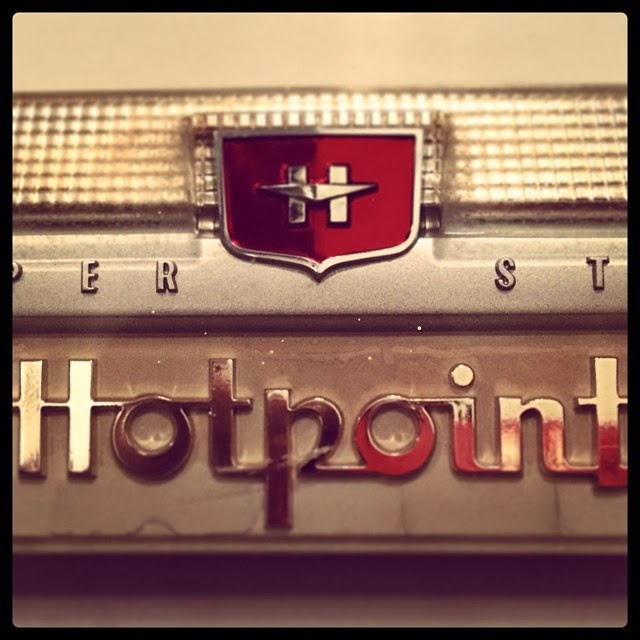 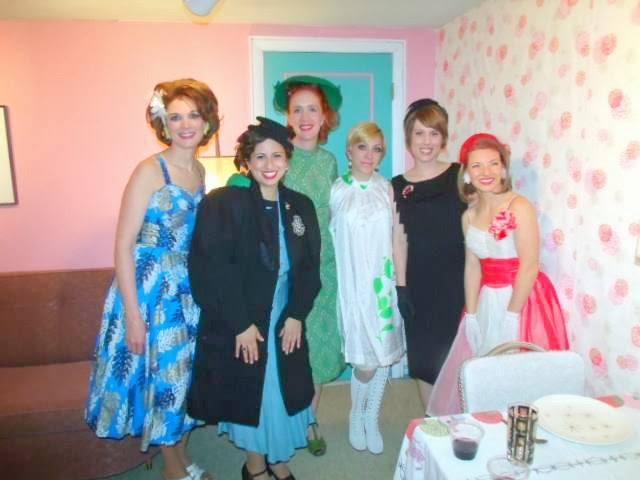 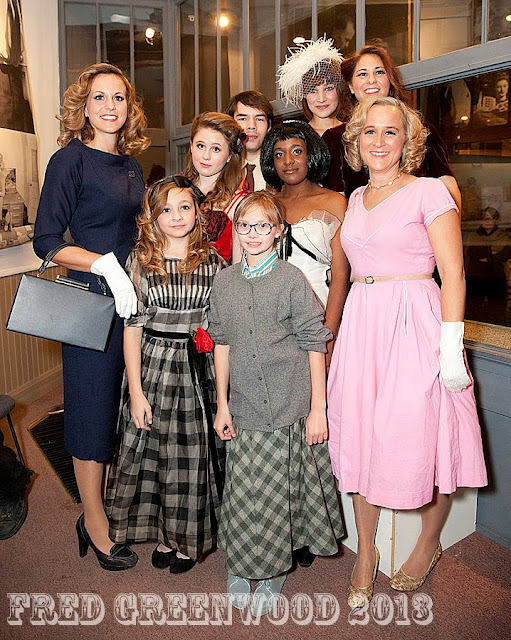 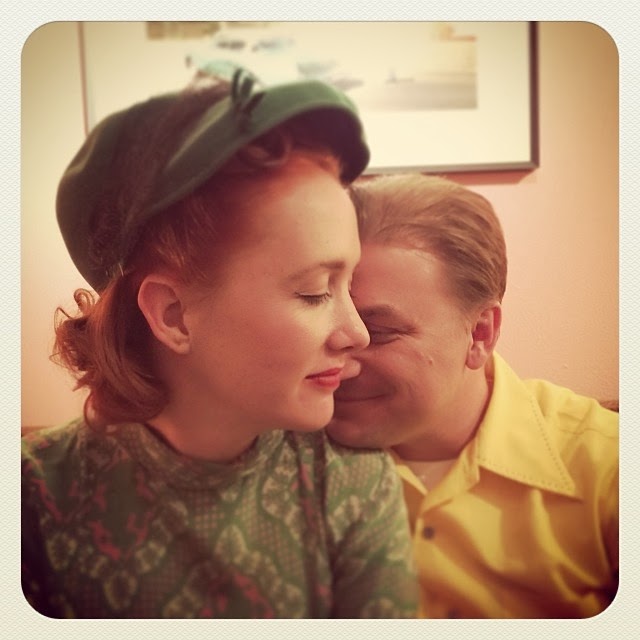 Many of the items in the bomb shelter are for sale, as well as some beautiful photographic prints of mid-century locations, handmade vintage style aprons, and also a limited run of Solar Roast Coffee.  It's my own blend, called "Hyper Housewife"! 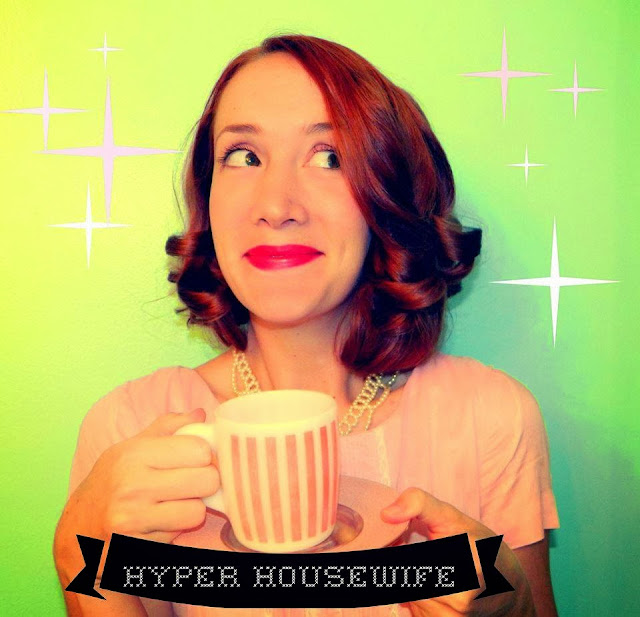