I finally ditched the boring pendant light above my kitchen sink.  I discovered a strange, space-age looking lamp at the thrift store for $20, that I thought had potential.  It reminded me of a movie prop from the film, "The Man That Fell To Earth" with David Bowie.

It weighed about 20 lbs and had a box made of wood, brass, and glass that surrounded it.  My husband, however, did not see its potential. 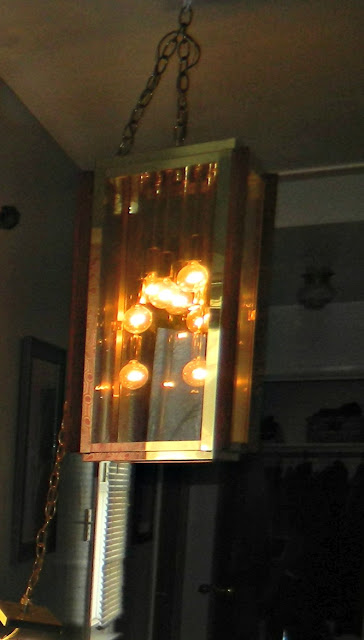 I had a friend help me take the "box" off and weld bigger holes on the top, so I would be able to mount it to the ceiling.  Actually, HE kind of looks like David Bowie.

I sprayed the entire fixture silver, after I taped off the electrical components.
No project ever goes according to plan, and once I had our original fixture off the ceiling, I realized that the lighting box had a broken, headlless screw. 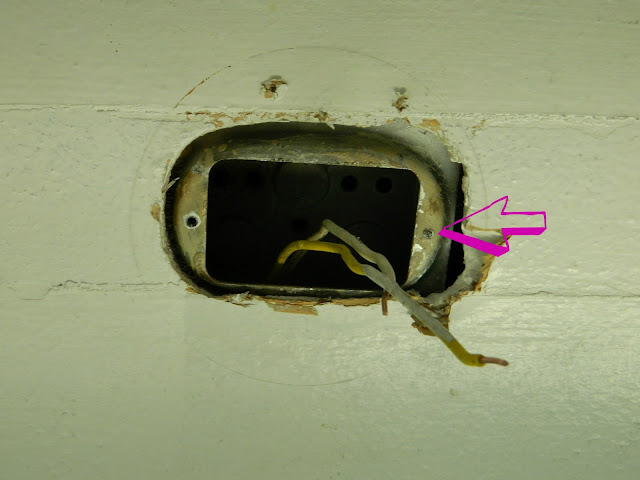 This meant, that the previous fixture had been hanging precariously above my head.  I googled how to remove the lighting box...thank heavens for the interwebs.  Basically, I had to chisel away all the plaster around the box, until I discovered the screws holding it into the ceiling joist. 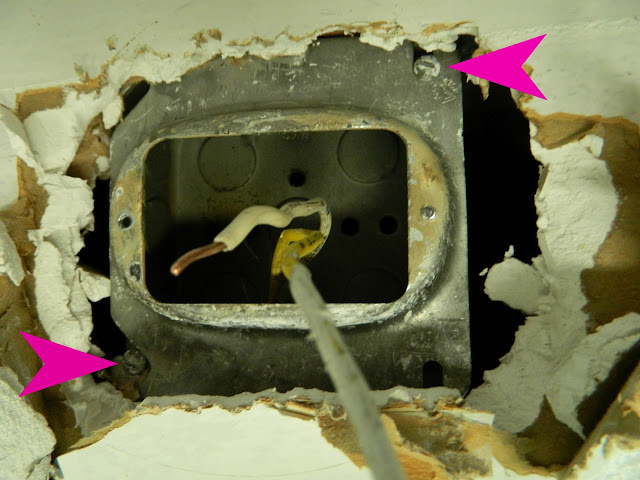 The ceiling was officially looking really awful and my husband was cursing the "Bowie-delier."  I replaced the top of the lighting box, bought some new bolts and wingnuts and after many sweaty hours (Holding your arms above your head is HARD!) I finally had the fixture mounted.  Thankfully, the plaster damage is covered. 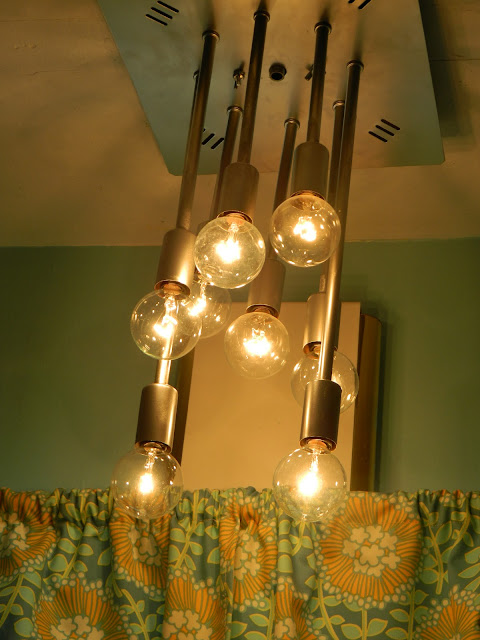 I love it! It's really whimsical, and reminds me of bubbles floating about my head while I do dishes...like in that scene, from The Labrinth...with David Bowie. ;)

Here is the before and after: 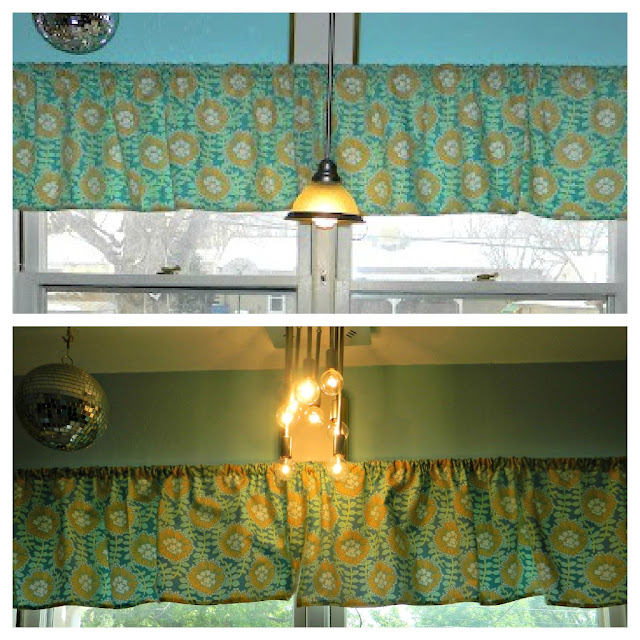