I was lucky enough to grow up in a house with a lot of it's original mid-century features intact.  Besides the pink and black kitchen, the house had both a starburst doorbell and doorknob!  For Christmas this year, my mom got me my very own atomic star "bling". What do you think? 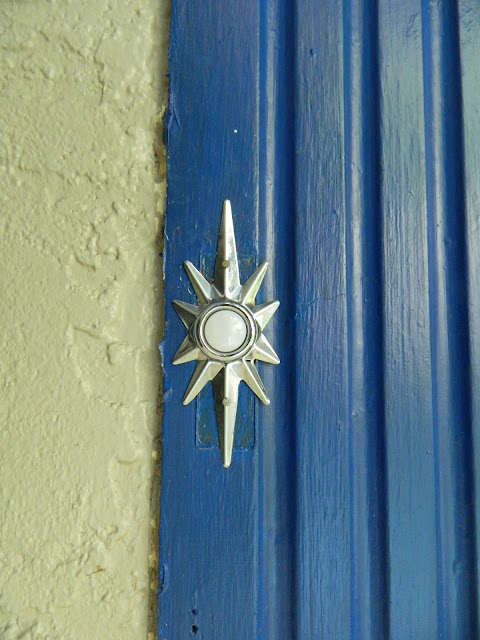 Sputnik was launched in 1957, but the starburst pattern was present in design features starting much earlier.  It was an era obsessed with space travel, high velocity machines, glass and neon, which inspired "Googie" style architecture.  Futuristic visions for the atomic age, had us all "reaching for the stars."

I found a similar door knob back plate at an antique store, but am still on the look out for a knob that will fit inside.  If you have any insight or resources about where I should look, please let me know. 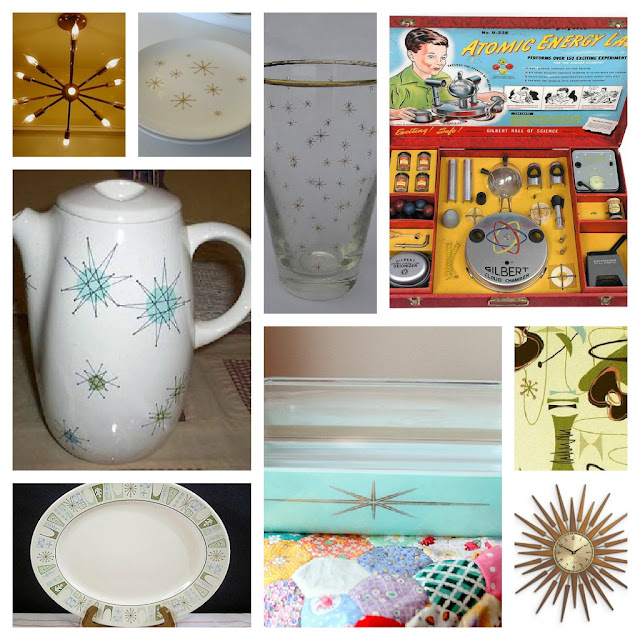