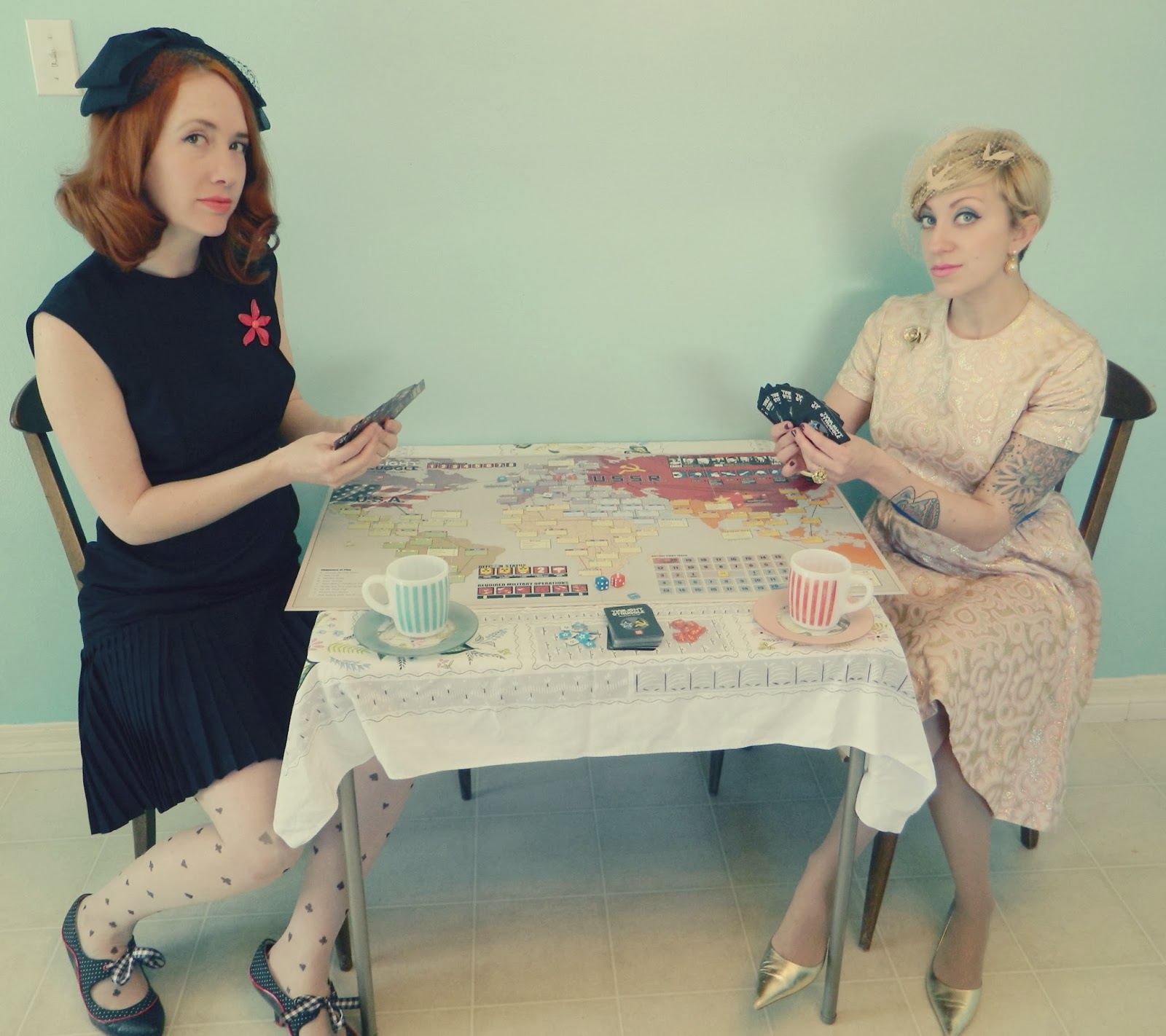 When I think about American 20th Century History, I always think back on a scene in the Simpsons.  It’s the last day of school, and Bart and Lisa’s teacher is desperately cramming the last bits of US history into the final minutes of the school year.  The school bell rings and the kids pour out into the street.  The teacher frantically calls out after them from the window of the class room.  “Wait, wait!” he yells.  “You don’t even know who won World War II yet!”  He pauses slightly, and says “We win!”  Then the kids go marching home chanting USA! USA! USA!

I think most of us have experienced something similar.  American history keeps expanding, but the time to teach it is static.  So ironically, the recent past is the period of American history that receives short shrift, even though the civic lessons contained within it may be the most relevant to the operations of our democracy.

My own connection to modern American history follows the quintessential bit of writer’s advice “write about what you know.”  Well, I do not write.  But I do design games, and I am passionate about history.  So game design allowed me to merge two passions, and I turned to subjects with which I had some familiarity.  My first game, Twilight Struggle focused on the Cold War.  And if you studied political science in the 1980s, like I did, functionally, you studied the Cold War in all its forms.  So when Ananda Gupta and I settled on this topic for a game, it was a matter of editing what I knew about the Cold War and distilling it to game form rather than an elaborate research component first.

Ananda and I got lucky.  We designed a game that suited the public mood in a strange way.  We were entering the age of terrorism, and the post-911 world.  In weird ways, it was scarier, more uncertain and more complex than the world of the Cold War.  And suddenly, there was a little bit of nostalgia for the old world order.  So people were receptive to our theme, and ultimately to the game play.  So we had a very gratifying success in the hobby game world.

I think games are a superb way to teach history, and teach it to Americans in particular.  Generally speaking, American historical knowledge is so low, any exposure is an improvement on where we start out.  Personally, I learned all my geography that way.  The realities of World War I’s entangling alliances were brought home to me through Diplomacy, and I literally had no knowledge of what happened between the Romans and 1066 in England until I played Britannia.  Education, cleverly disguised as entertainment, is always the best.  It seeps into the brain without resistance.  The lessons are intuitive because the interrelationships are illustrated for you, and become self-evident, rather than a function of rote memory.  The competitive aspect of gaming helps keep engagement levels up.  When I was in junior high, the honors history teacher employed gaming as a teaching technique.  The kids would walk around the school talking about the fun game they were playing.  I was not in honors history in junior high – which 30 years later -- is somehow still a sore spot.  But in any case, even then I wondered how backwards is this?  Why are the kids who enjoy history the ones who are getting the engaging pedagogy?  The rest of our junior high was slogging through their least favorite subject (and it is America’s least favorite subject), using the same old approaches to teach stale material.

So it has been extremely personally gratifying to have teachers approach and talk to me about using Twilight Struggle and my other games as teaching tools.  And while I didn’t design them for classroom use initially, its really fantastic to know that they are being used in that sort of classroom setting.  Equally gratifying though, is meeting a somewhat younger crowd who have been introduced to the Cold War through Twilight Struggle.  It makes me feel old, but the reality is that a high school senior this year will only have vague recollections of Bill Clinton, and the Cold War is totally a matter of obtuse history.  Most amazing of all is hearing stories of how Twilight Struggle helped bridge generational gaps – helped a father explain what he did in the military --  while his child was young. Then it becomes a tool of connecting personal history and context, and that kind of history is the most impactful of all.

Ananda and I used a simple approach to our game design.  We accepted that the premises behind the Cold War were true.  That it was a struggle between two “super powers”, that they functionally controlled all of their allies behaviors, that the domino theory was true, etc. etc. etc.  All of these presumptions are debatable and the subjects of intense scholarship.  However, our purpose was not ever to provide a true simulation of the world from 1945 to 1989. A simulation sets the expectation that it will provide results that are predictive.  Our objective was to provide a game that captured the flavor and feel of the Cold War.  We were trying to get inside the psychology of it, so that players felt the tension, the second guessing, and the perceptions of the participants.  To a certain extent, the fact that historians and political scientists will correctly argue that the domino theory was always a sham is beside the point.  American policy acted as if it is true.  And in Twilight Struggle, the game system encourages the players to accept these same biases as reality.  To a certain extent, teaching history through games is like acting before microphones.  If you want to get your point across, it has to be exaggerated so they can see it all the way in the back.  If the performance is too subtle or nuanced, it will get lost in the other details.  I like to think we’ve succeeded in conveying a bit of the feel of the Cold War through our game, and in so doing, helping our players absorb some lessons and history without a painful lecture to get the point across.

My hope is that more game designers will follow suite with relatively light games that explore history, but build the historical detail into the game system.  I believe Volko Ruhnke has been doing heroic things with his games on modern, low intensity conflicts, but there is room for many more designers in this space.  I think Twilight Struggle illustrated that the audience is already there.  And like those school kids in the Simpsons, they’re just waiting for someone to tell them who won World War II! 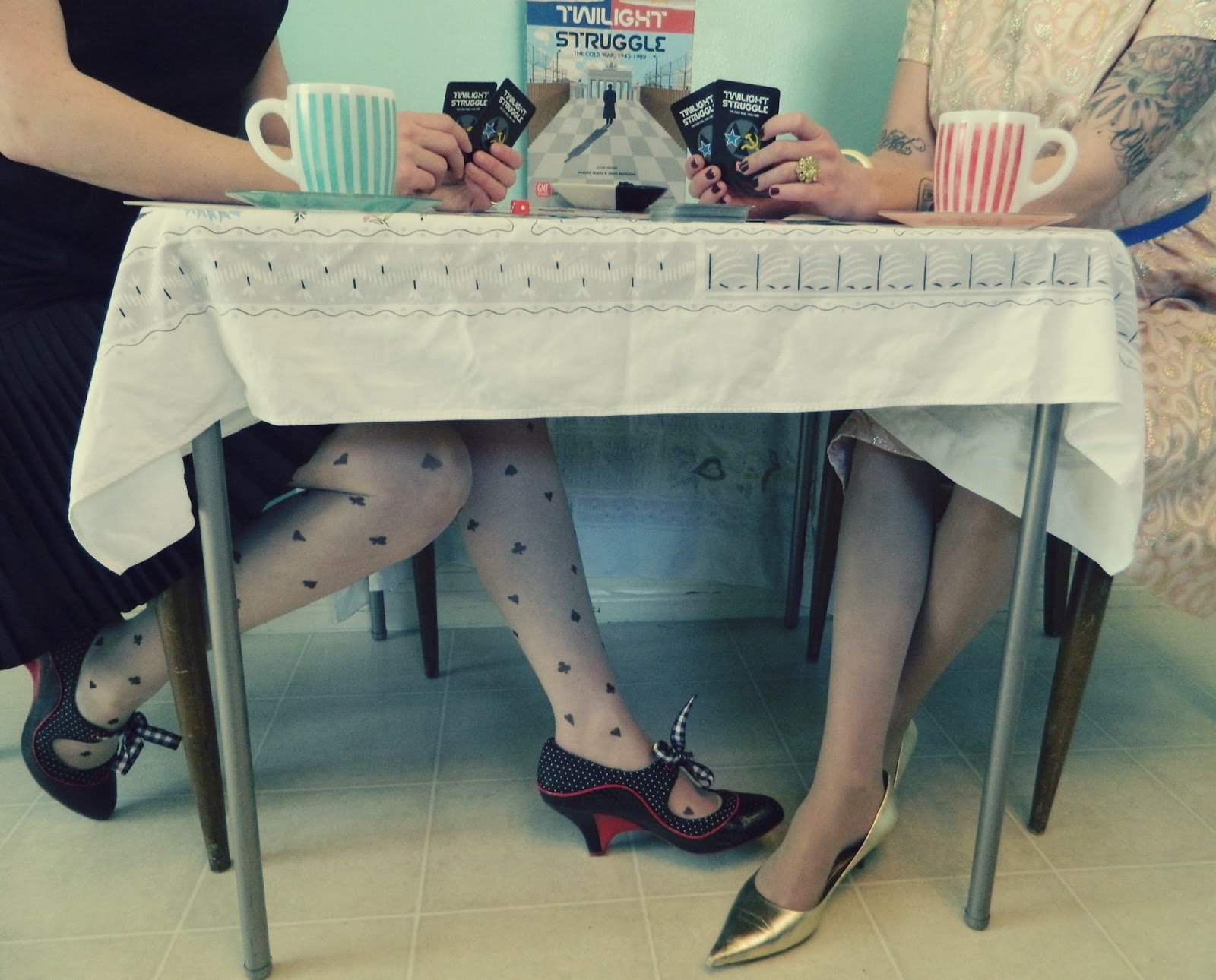 A Special Thanks to Jason Matthews for this contribution, and a shout out to my super cute friend Gillian Bland for taking these pics with me.