On Friday, I finished the gallery wall in the boys' shared bedroom.  I made silhouette art using sheets of black vinyl adhesive, intended for wall decals.  There is a lot of software on the market for doing this, but I don't own a cricut, so I did mine the low-tech way.  I took digital side profile pics, printed them out, carefully cut them out and then used them as templates to trace onto the backside of the vinyl ahesive sheet.  I adhered mine to plain white cardstock, but these would look adorable on scrapbooking paper too.  Taking the photos was by far the hardest part of the project.  Having my five and three year old stand still was hard enough, but getting them to "look natural" was next to impossible.  When they weren't looking the wrong way, they were sucking in their lips, giggling, and making kissy faces.   Ohlin, especially, could not keep it together. 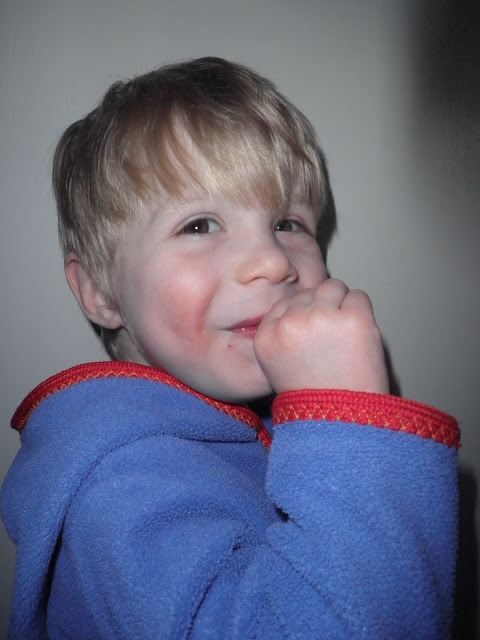 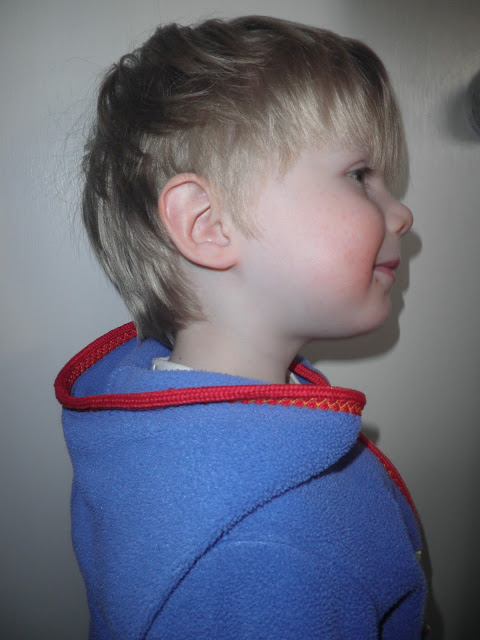 Oh well, I was just impressed he took off his pirate hat (for the first time in about 14 months!)  This is how it turned out: 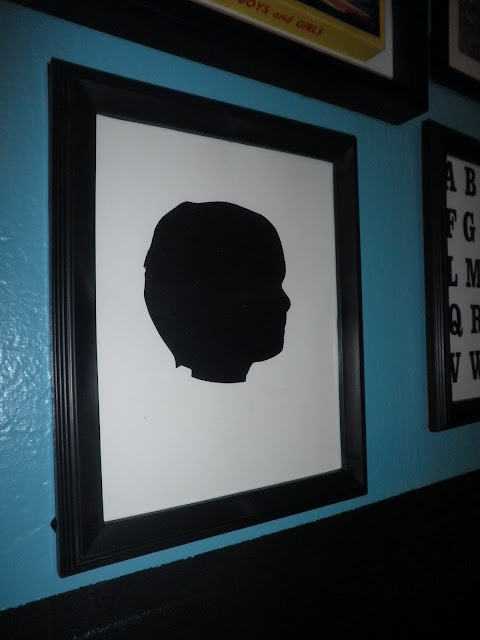 This is the other silhouette I did, of his brother, Emery.  His features are more defined, because he stood still at a better angle. 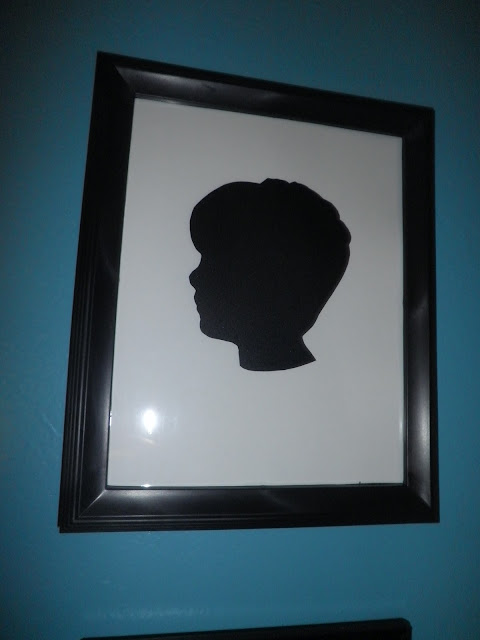 One of the coolest objects I found for the wall was this vintage board game.  I couldn't find a date, but my guess is that it is from the late 1950s.  The game pieces were even unpunched, which is kind of like geek gold. 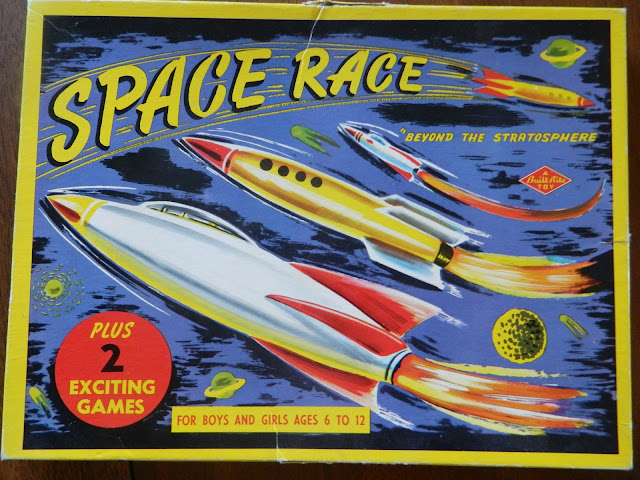 Here is the inside of the cover: 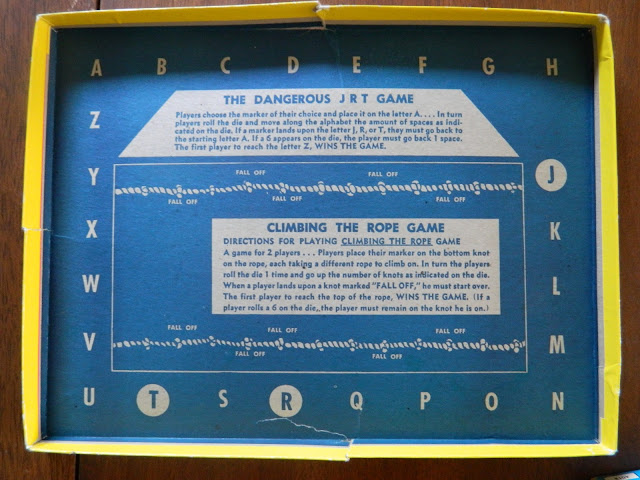 The board and unpunched pieces (the four colored disks around the ringed planet). 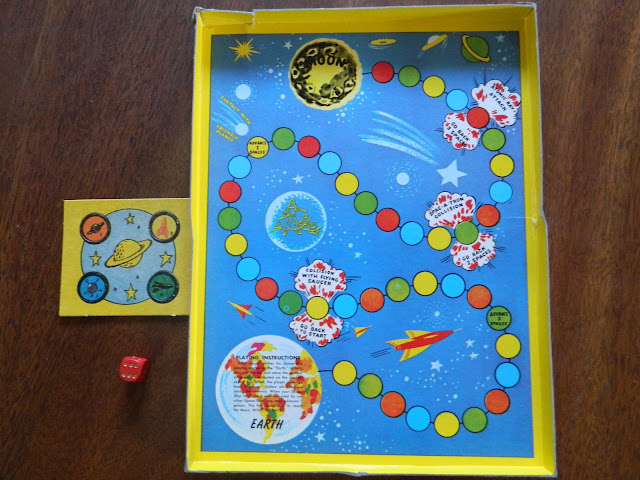 We searched Google, Ebay, and Board Game Geek, but couldn't find any information on this game.  If you have any clues to when this was published, please let me know!  I also bought this Casper the Friendly Ghost game at the same flea market.  It was published in 1959 and I love the artwork!  Both games cost us about $4, score! 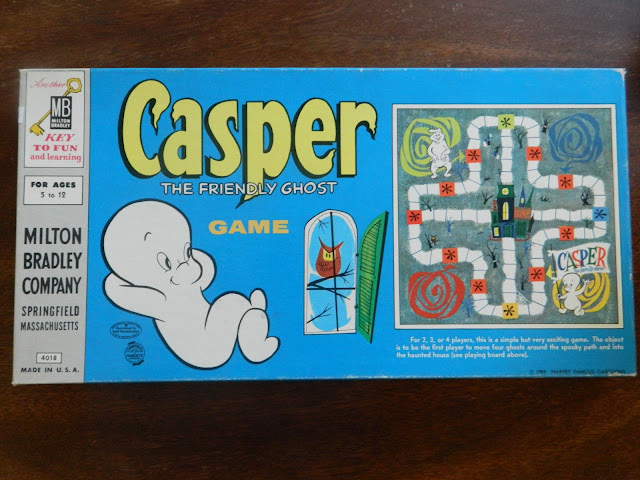 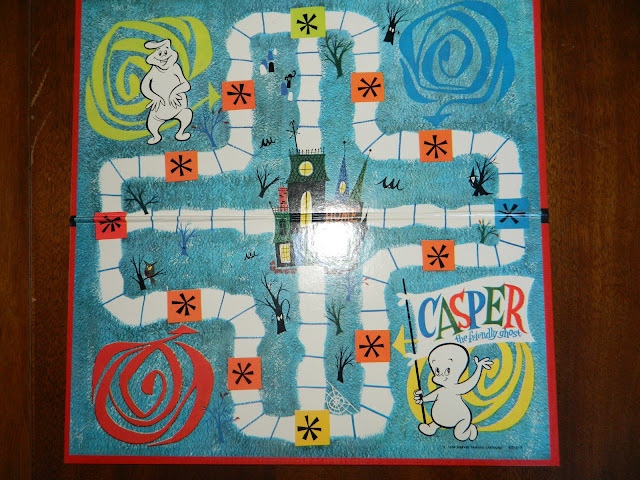 I put Space Race into a shadow box and hung it on the middle of the wall.  If I can figure out a way to hang up the Casper board without damaging it, he'll find a home on my walls too.

All the other artwork was (almost) free!  The printables can be found here;
Rise and Shine,  You bring color to my life, and the ABC print.  The three 5x7 animal illustrations (including the frogs) are from a treasury of children's poems that I got for 25 cents from a school rummage sale.  There just happened to be some Charley Harper illustrations in the book.  Best quarter I ever spent! 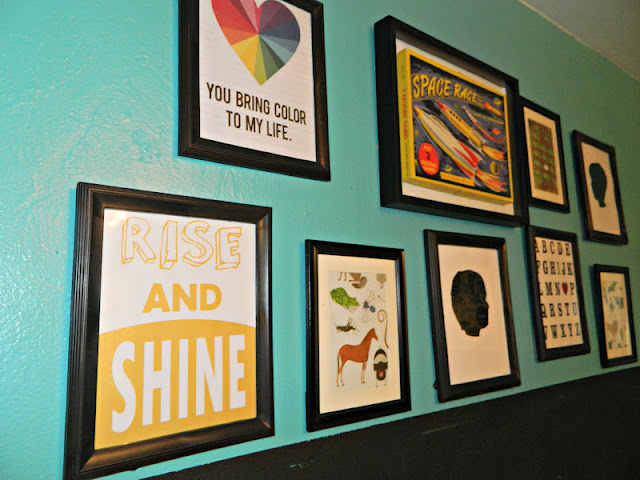 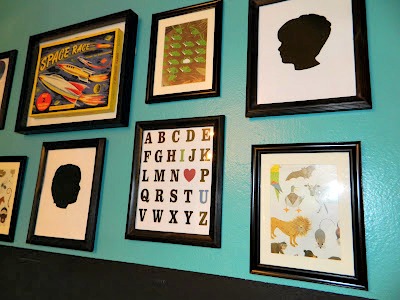 The walls are now painted Teal Zeal (Behr) and there is a chalkboard paint racing stripe that goes around the entire room.  Only a couple more projects, and then I'll reveal the entire room...