Many years ago, while perusing one of my cool, older brother's British import music magazines, I came across a fashion spread influenced by the iconic 1968 film Barbarella.  I fell in love with the look, and filed 'retro space girl' as a costume I wanted to attempt someday. Campy, vintage sci-fi and B rated movies hold a special place in my heart.  Along with the lurid covers of trashy pulp fiction novels from the era, the female characters, while highly sexualized,  were often bold, brazen, ass kicking heroines.  This was really one of the few places that females were portrayed as anything other than a love interest or a damsel in distress.
Big hair, mod boots, and laser guns, f*ck yeah! 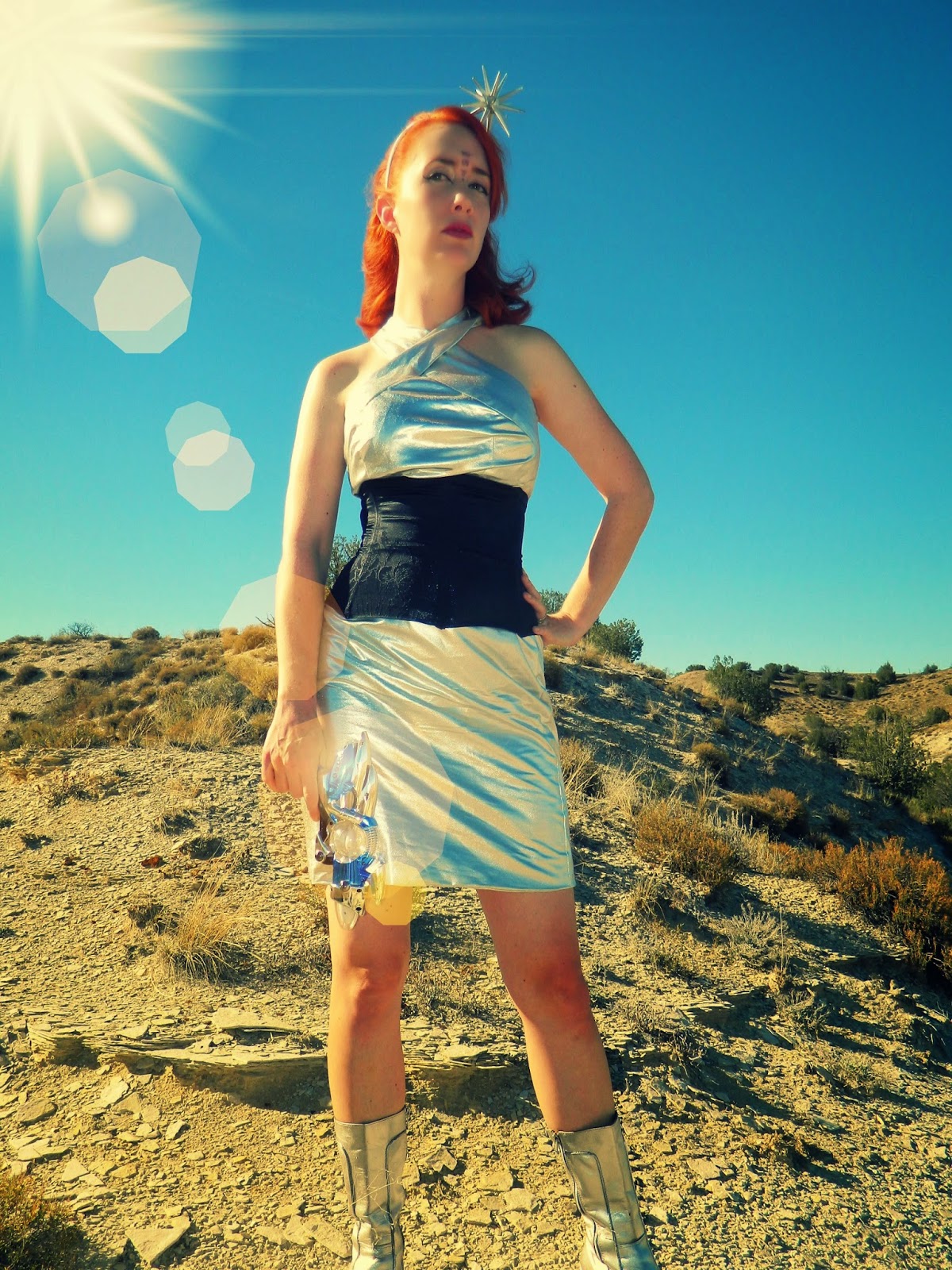 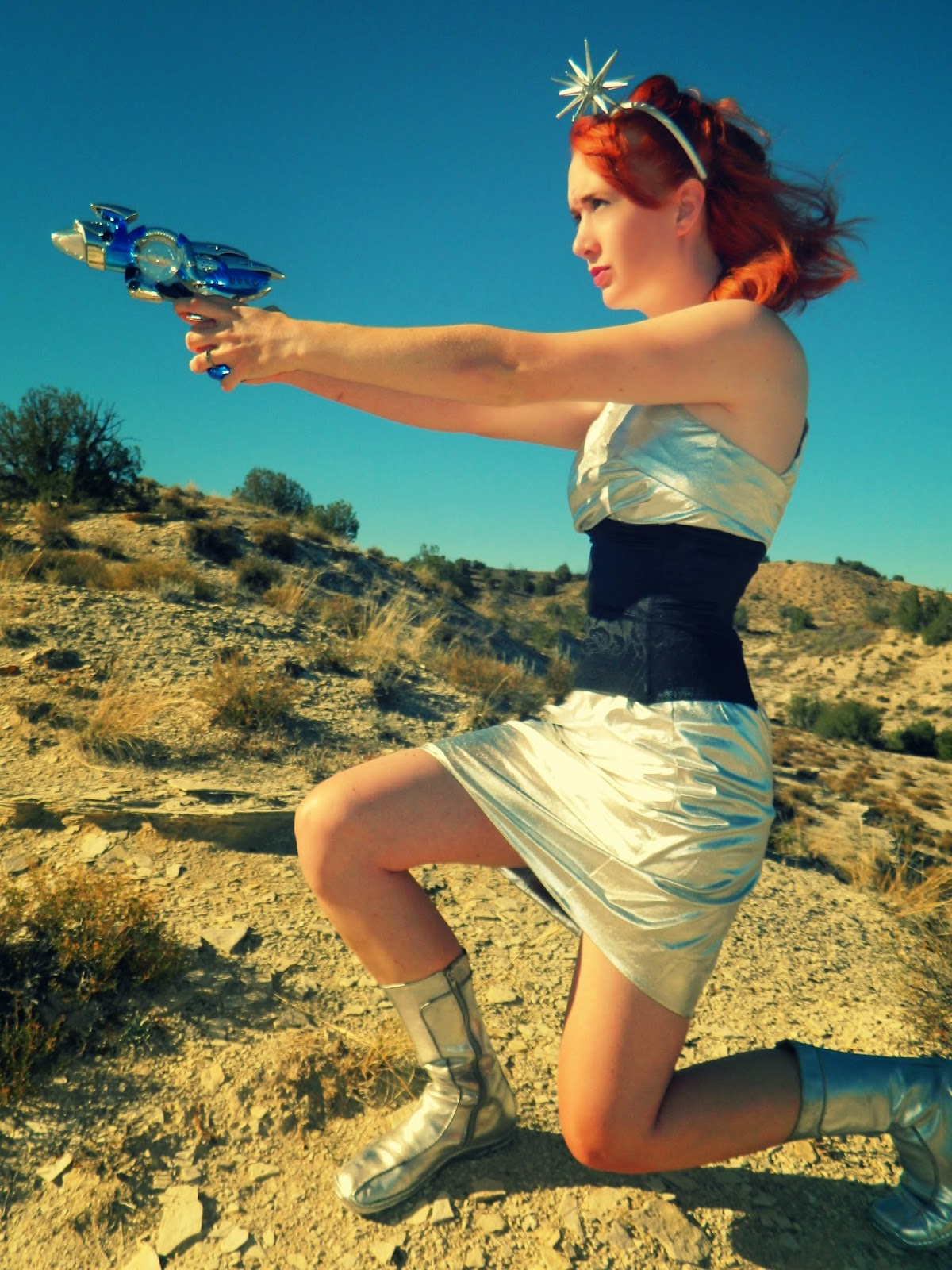 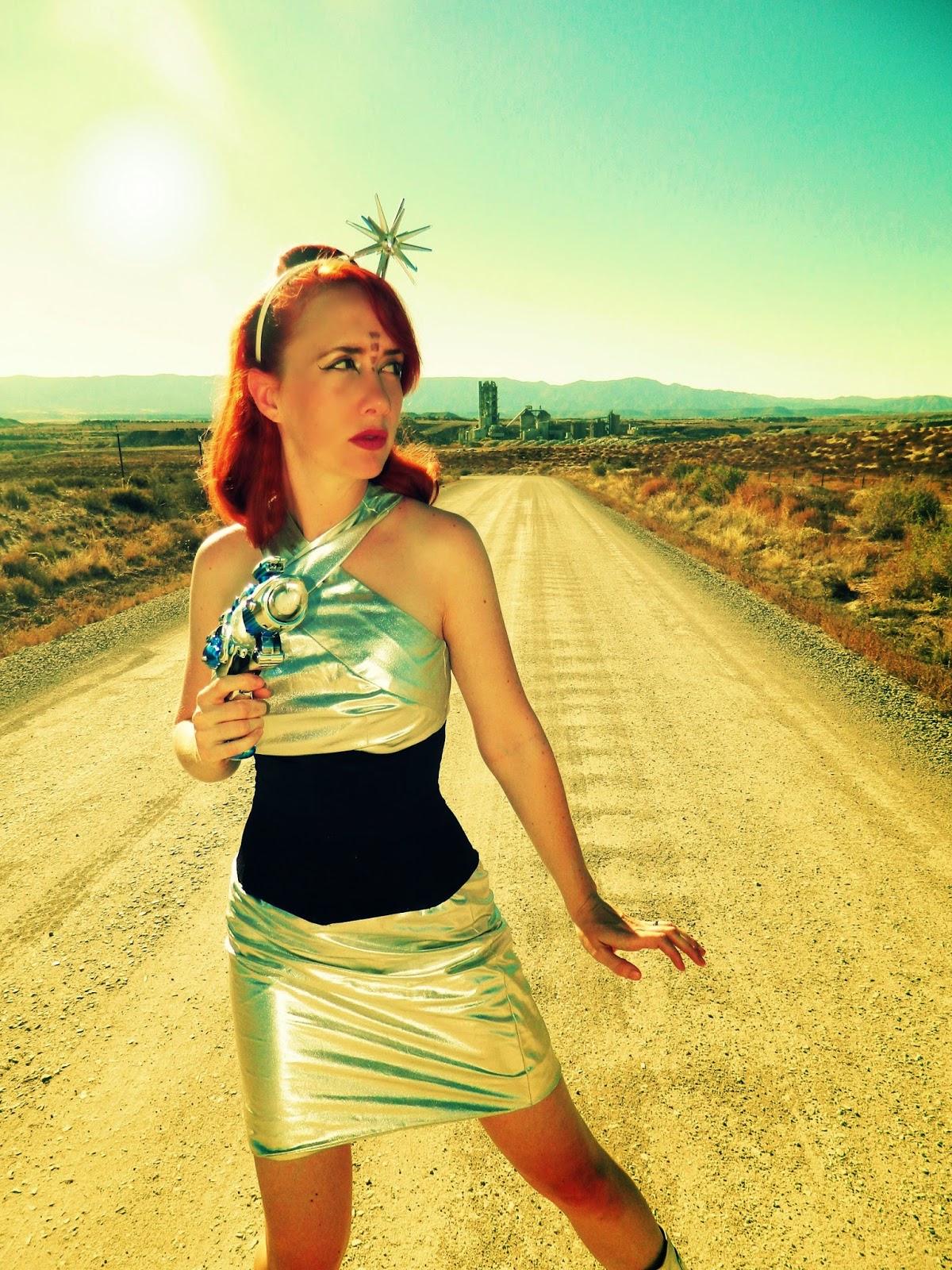 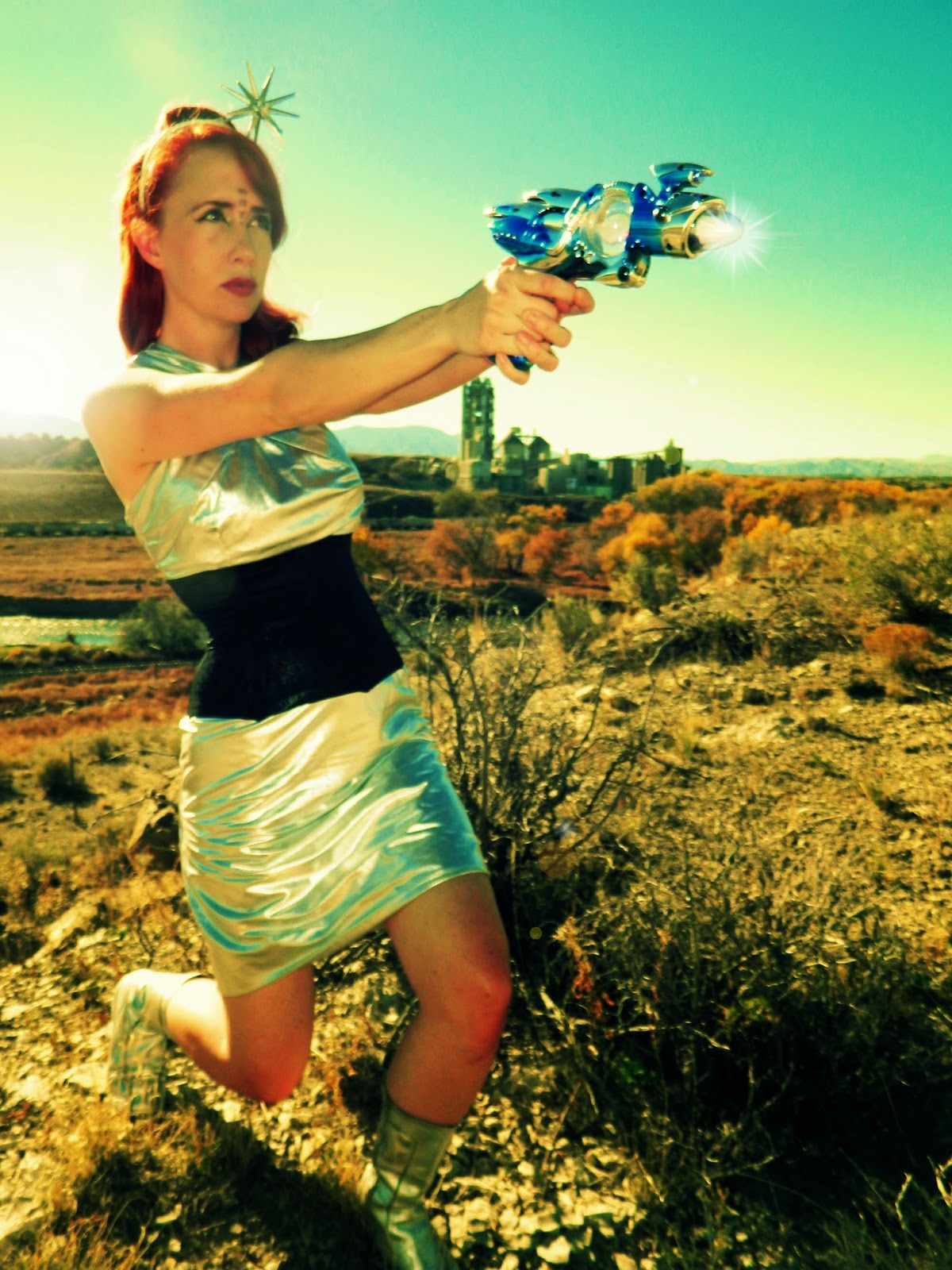 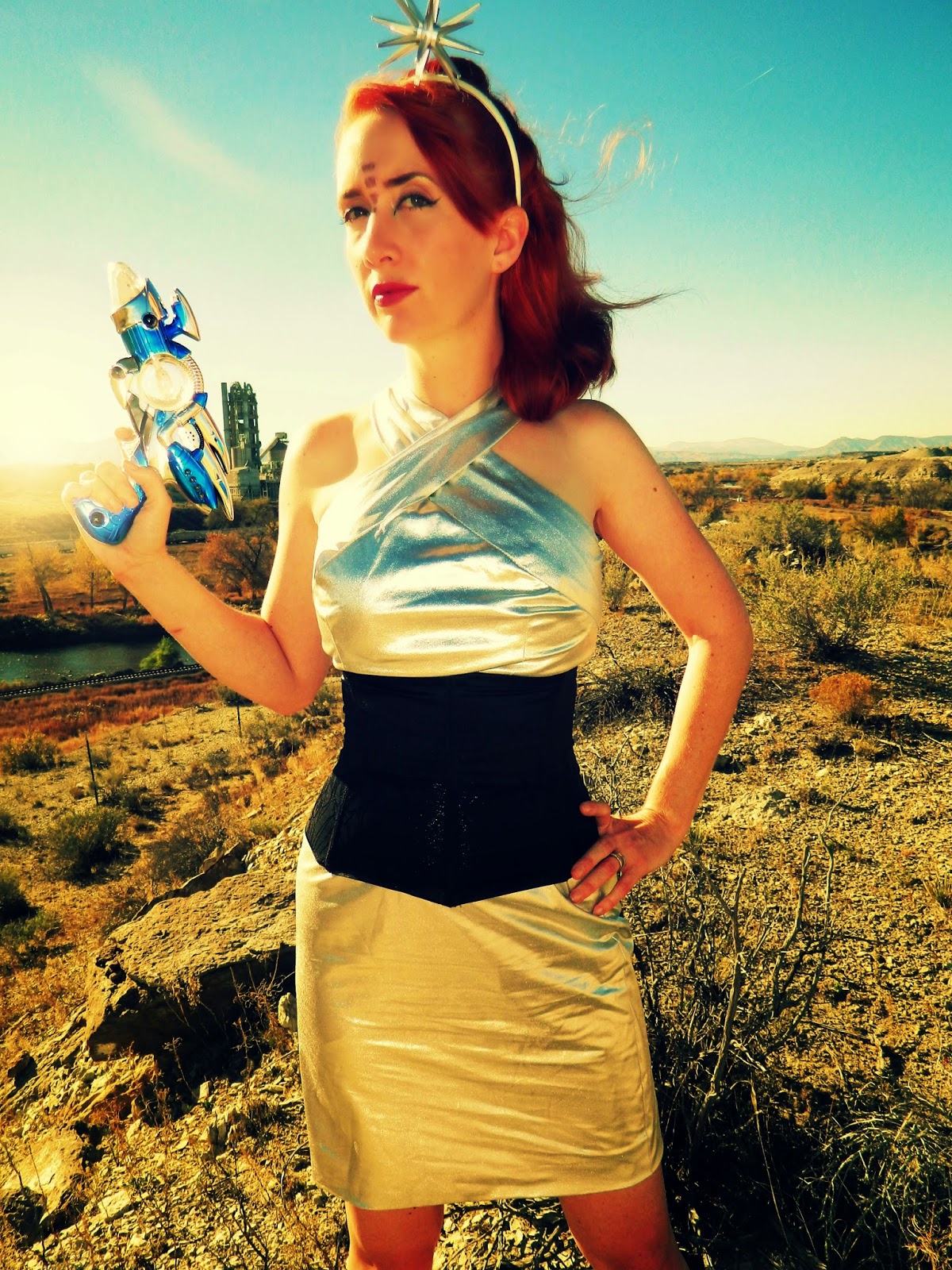 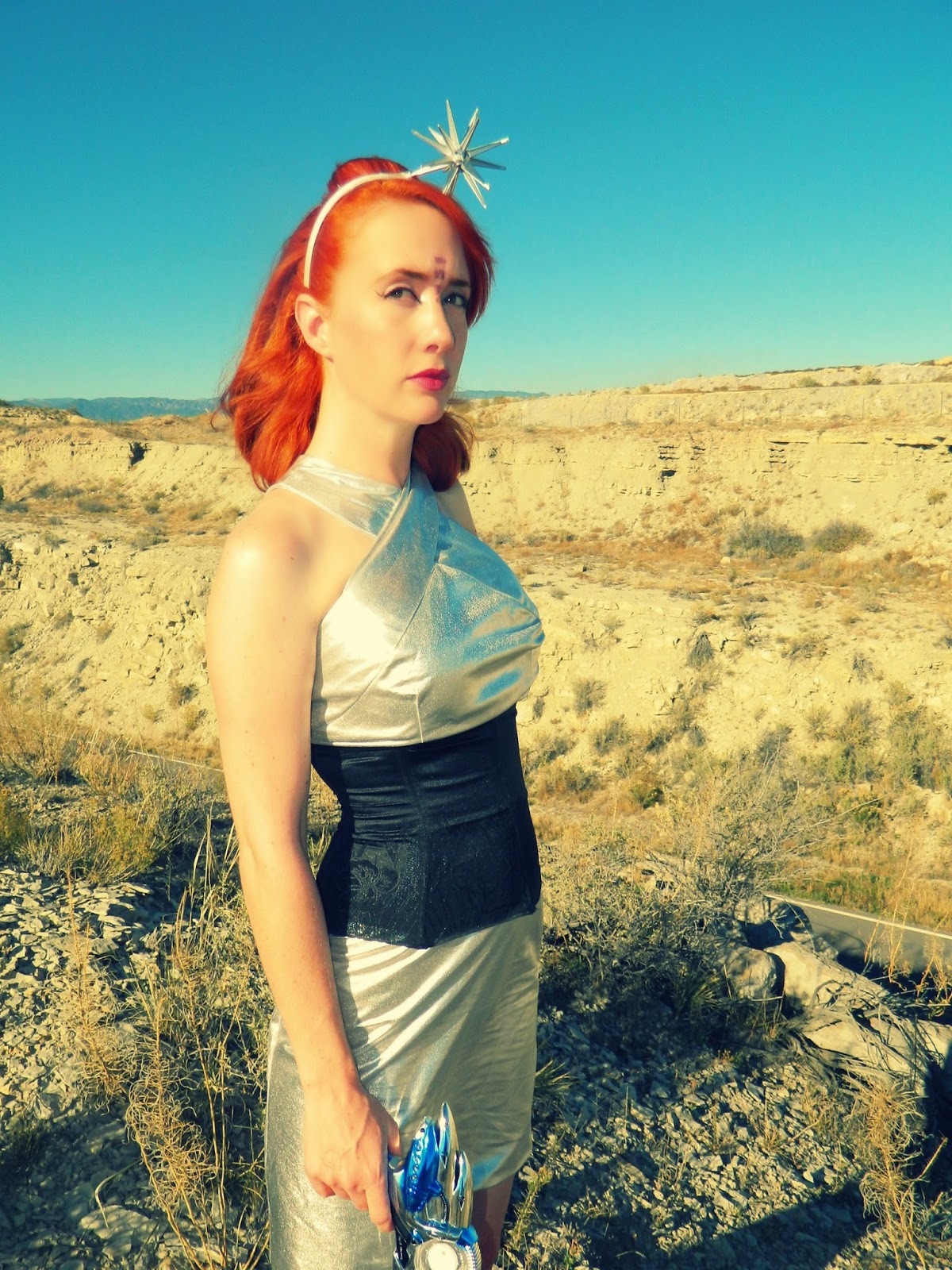 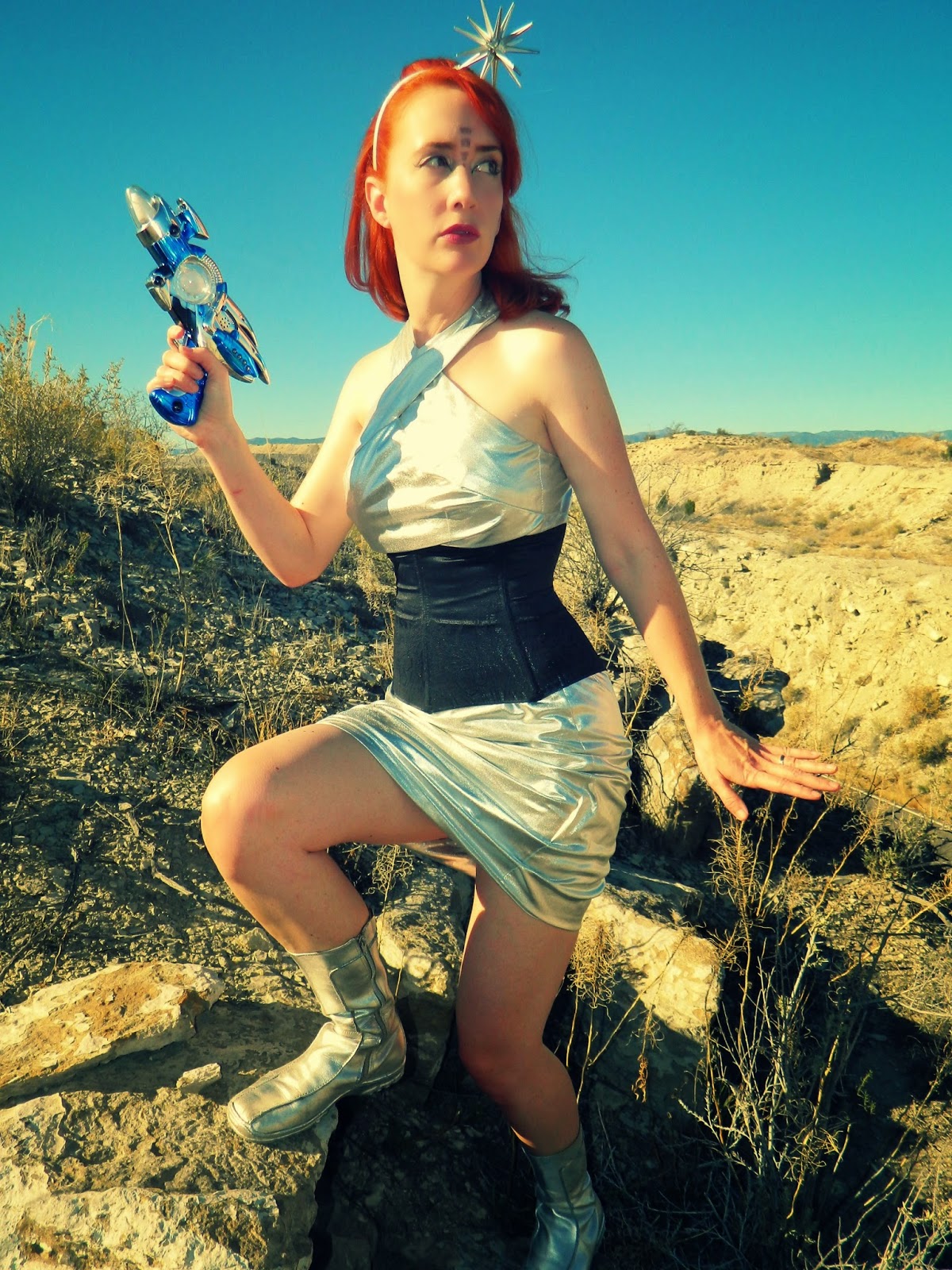 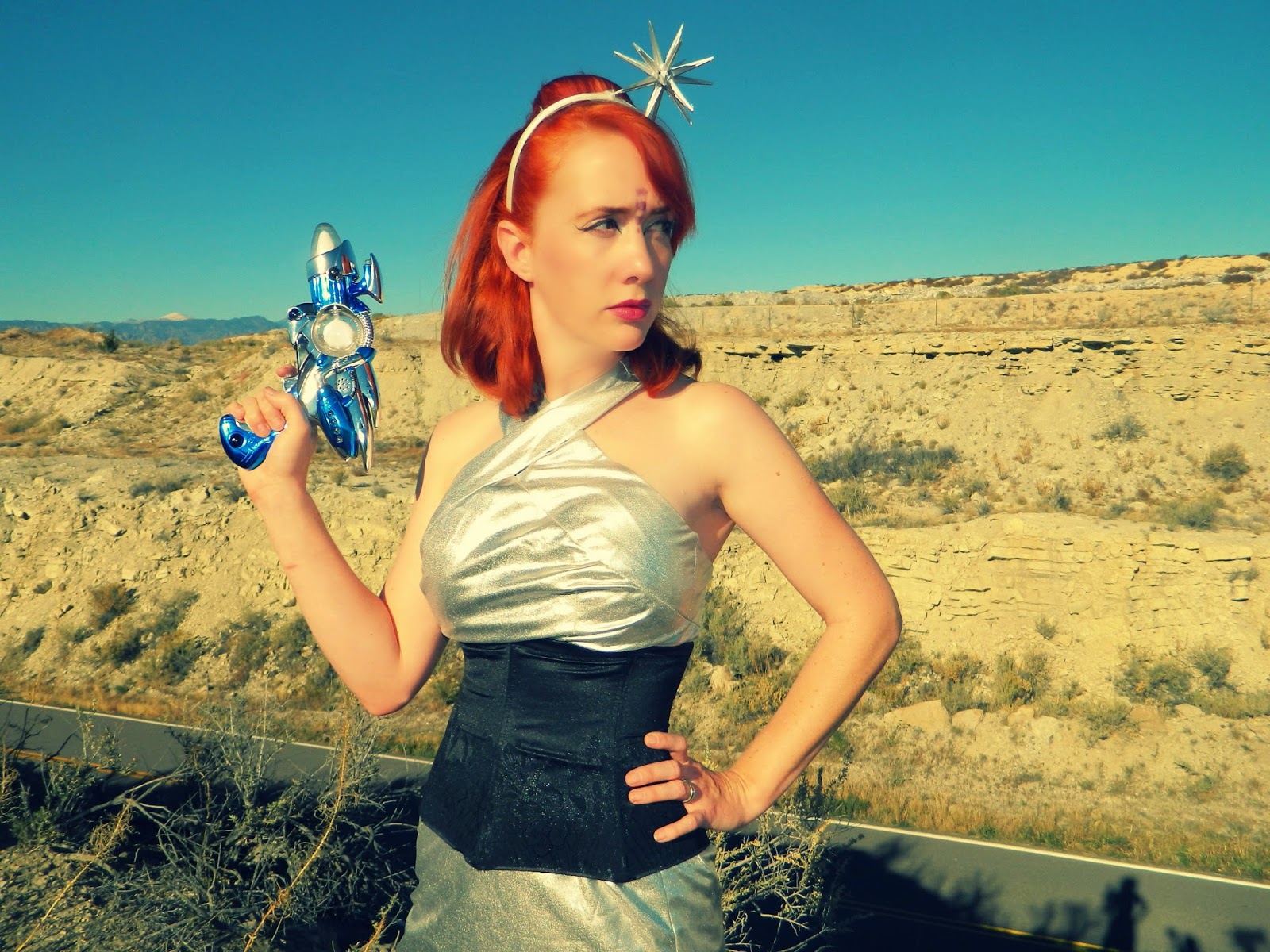 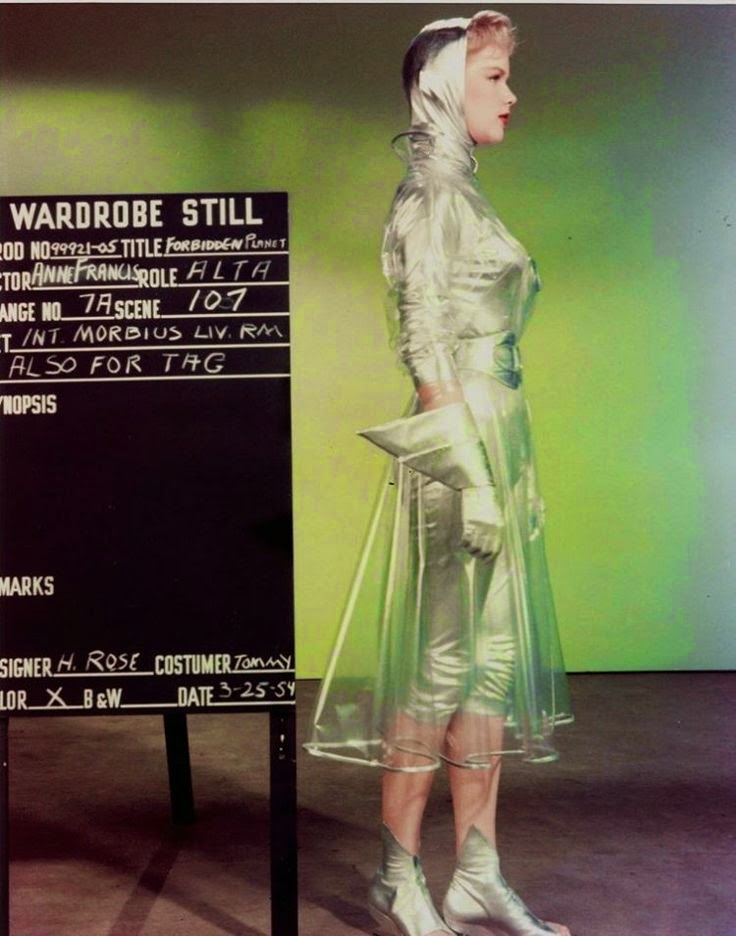 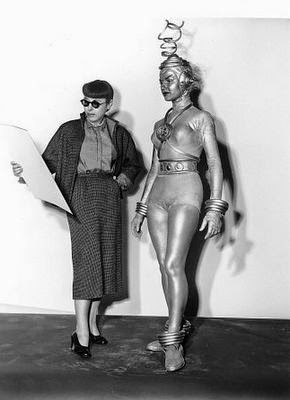 Fashion designer Edith Head with her design
for the Venusian Womens' Home Guard, 1953 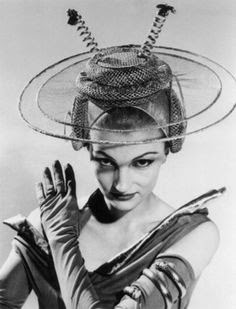 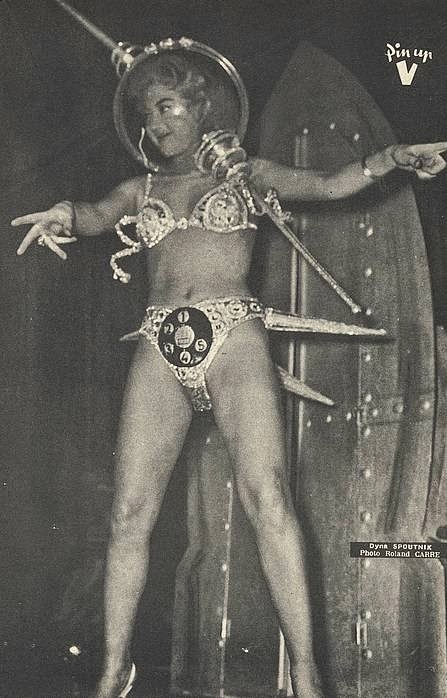 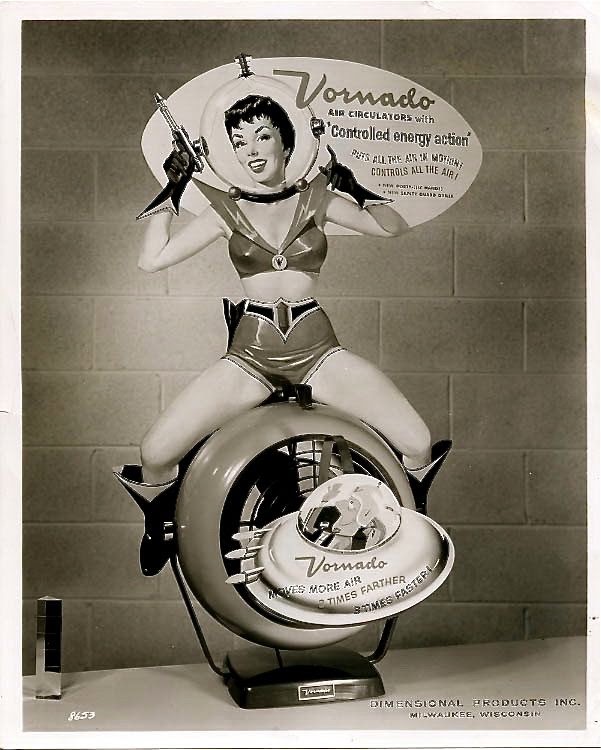 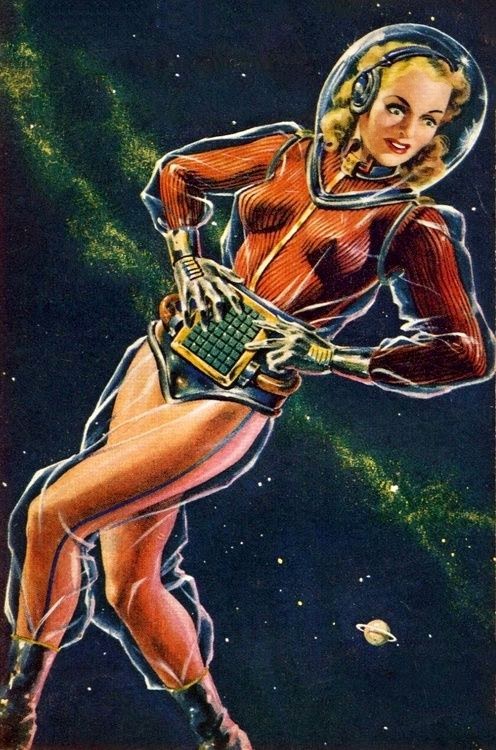 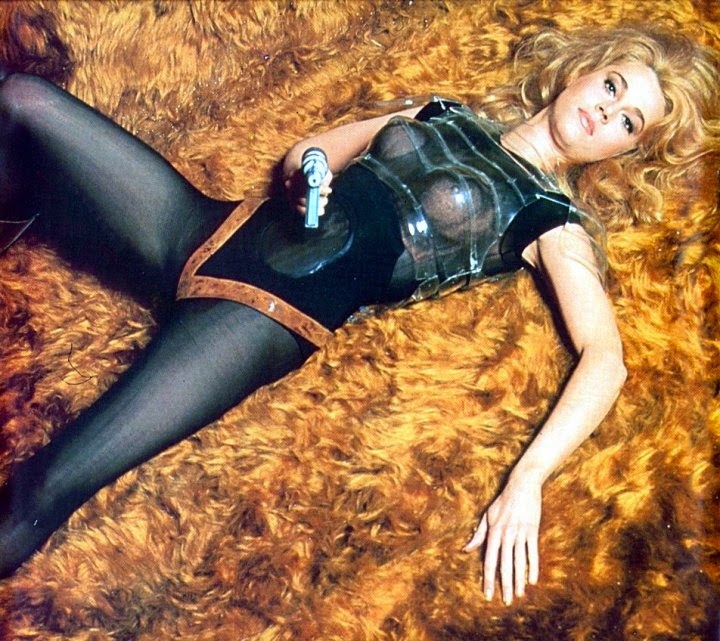