Mid-Century Modern for the kidlets

As a mother of four, I invariably end up watching a lot of cartoons.  I have a new appreciation for all of the classic shows from the 40s-60s, and love picking out historical details.  The early Tom and Jerry cartoons have some seriously cool Art Deco interiors and architecture! 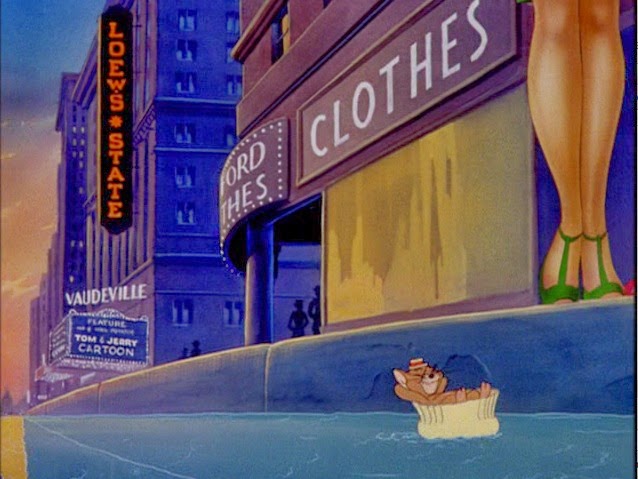 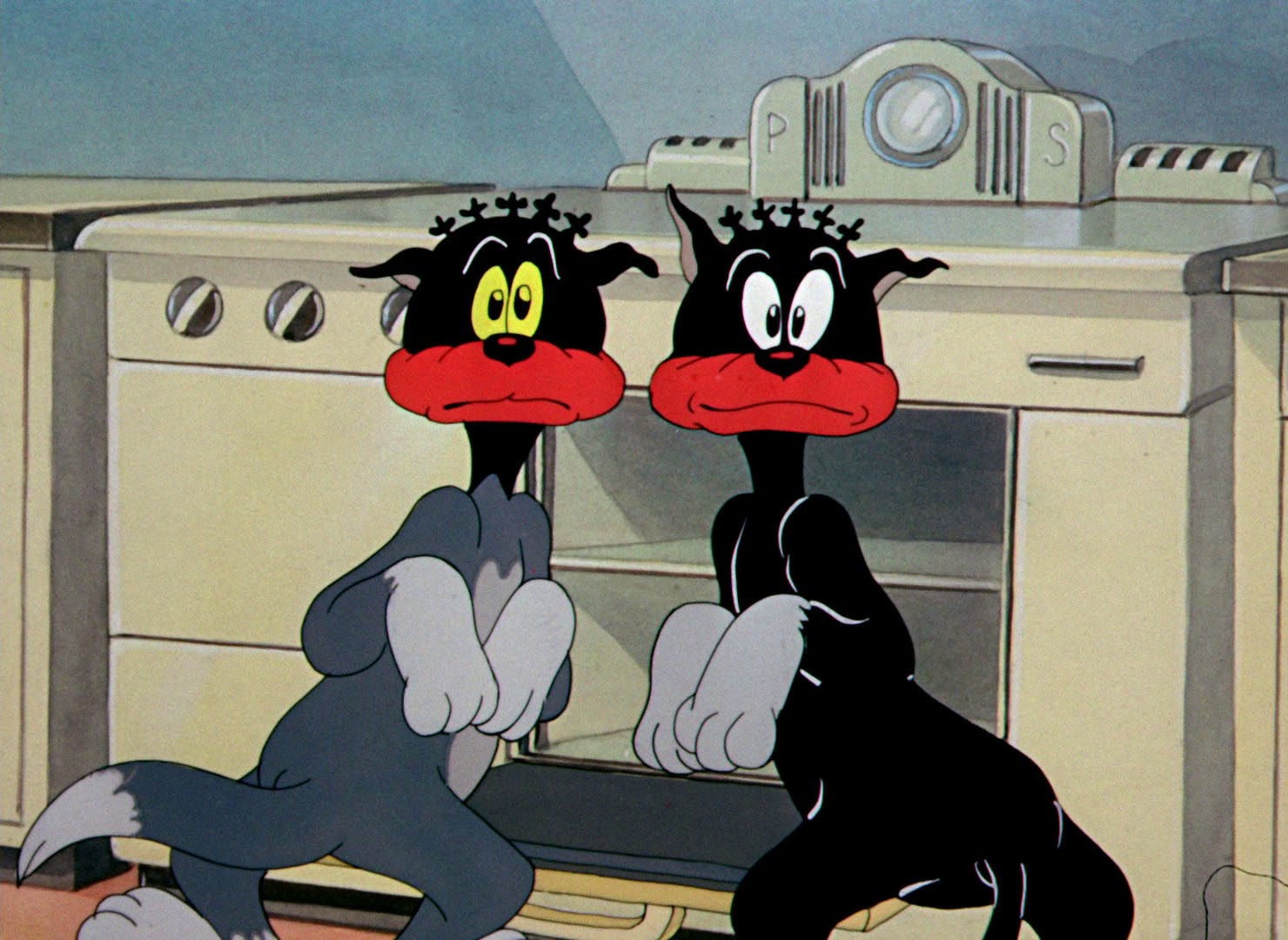 The interiors featured kitchens with rounded aluminum rimmed counter tops, metal cupboards, checkerboard linoleum floors, and streamlined stove silhouettes.  Another thing that abounds in these early animations is the some pretty serious racial stereotypes.  Political Correctness did not exist in the way it does today, but that's a subject for a different blog post (that I'm not touching with a 10 foot pole.)
If you're looking for space age atomic, of course the Jetson's is the creme de la creme.  In fact, between Disney's original 1950's Tomorrowland and the Jetson's, I'm a little disappointed in the "future." 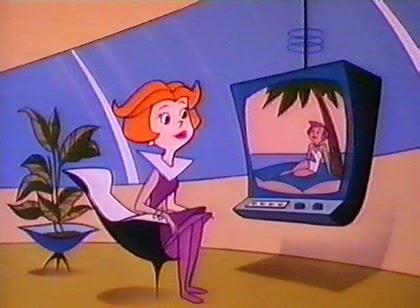 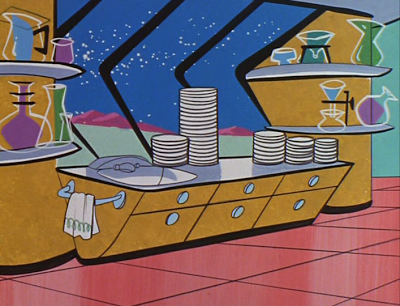 If you are looking for high style design, then Bugs Bunny has you covered.  Bugs Bunny owns a Hollywood home nearly identical to Twin Palms, owned by Frank Sinatra. 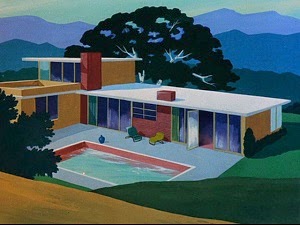 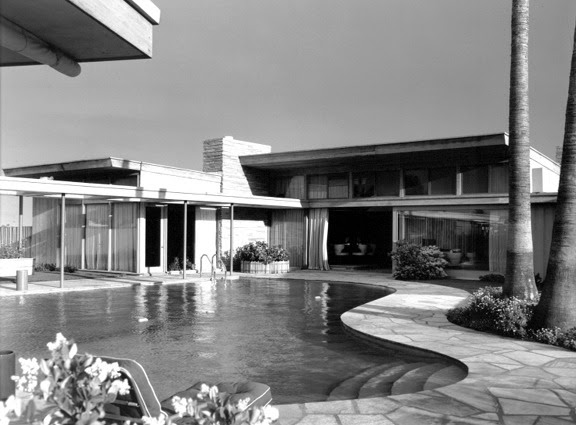 He is seen relaxing in chairs by Eames (shell), Ferrari-Hardoy (butterfly), and Marco Zanuso. 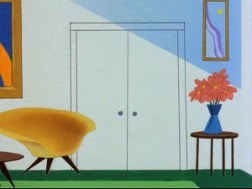 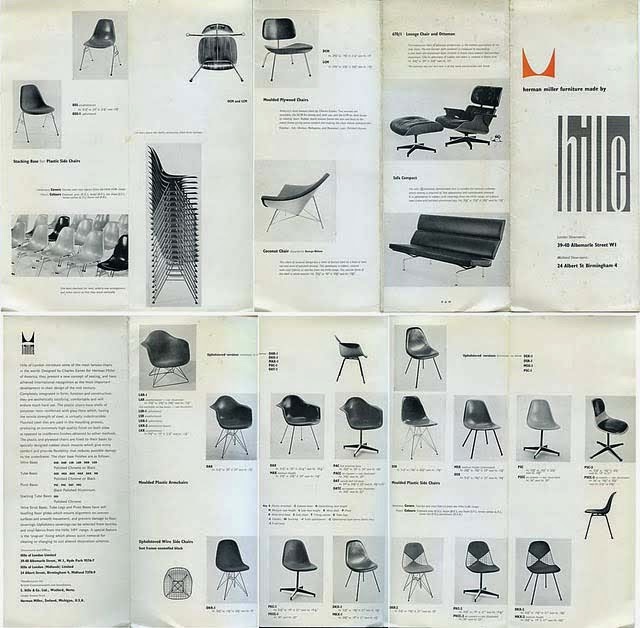 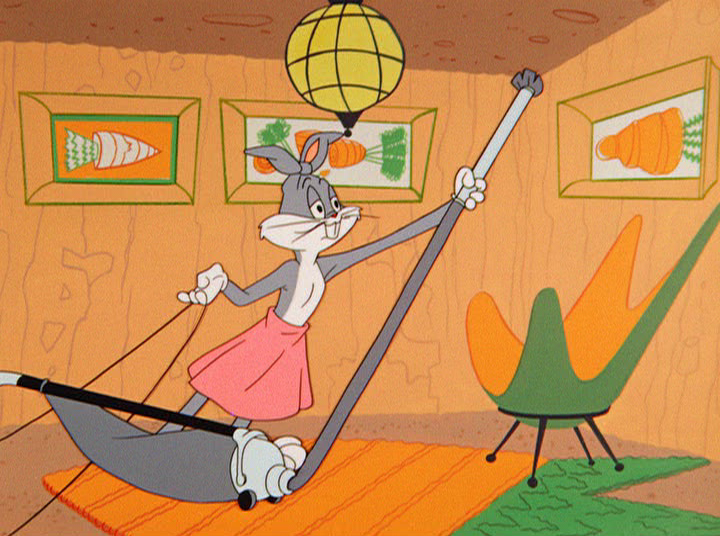 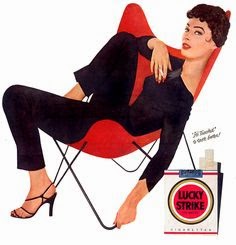 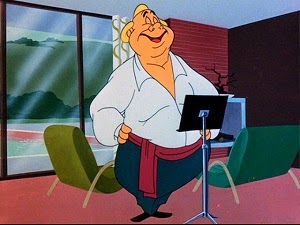 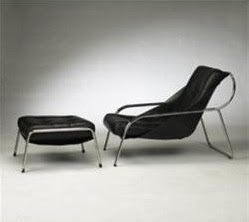 Watching mid-century cartoons isn't the only way to get your MCM style fix.  I've noticed it in Modern Disney Cartoons like Kim Possible...... 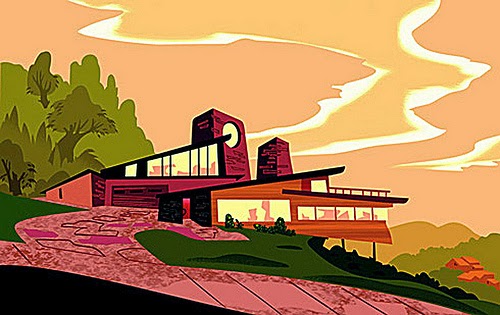 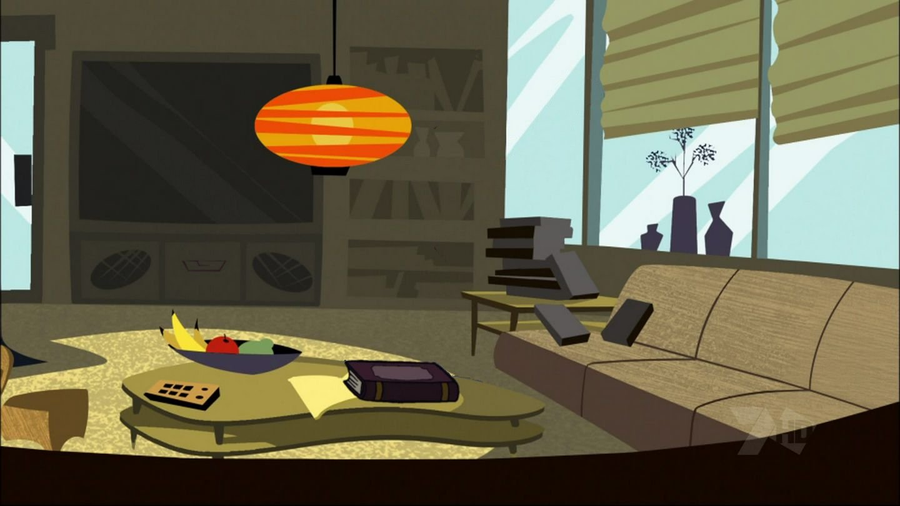 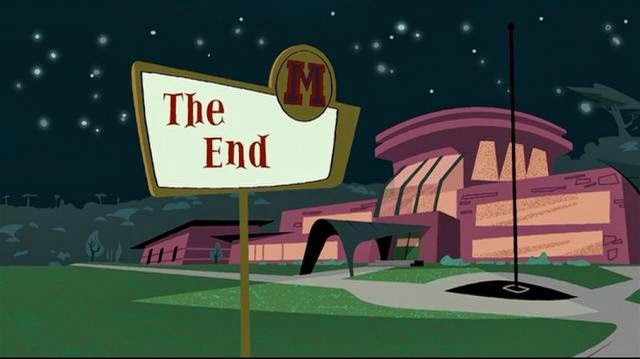 and Phineas and Ferb (a favorite in our house).  The bumbling arch-villain Doofenshmirtz has a fantastic living room, complete with Preway fireplace, Joan Miró artwork, and Saarinen Womb Chair. 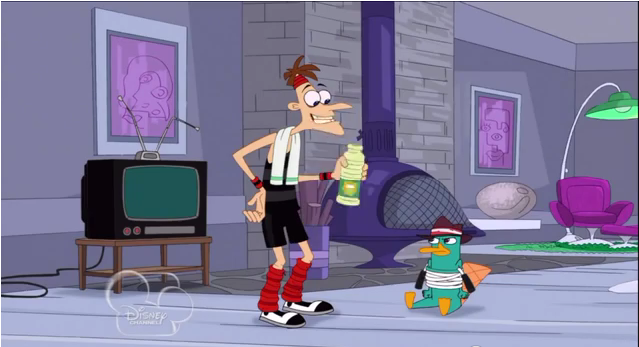 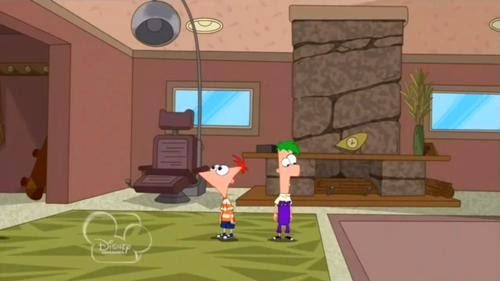 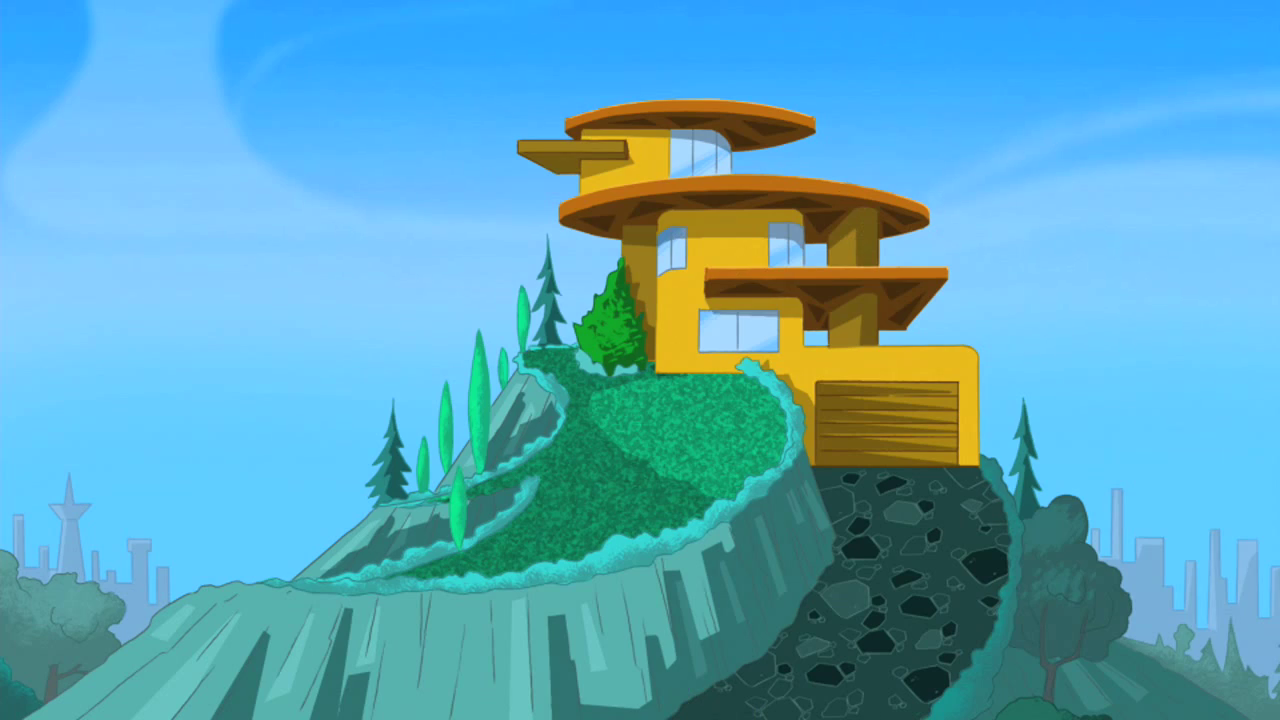 Pixar studios,which is located in Emeryville, CA, is known to have many fine examples of Eichler Ranch architecture.  Clearly the artists there have been influenced, because references to the mid-century era, through Americana and design are found throughout some of their most popular films.  Cars is obvious, with its retro Route 66 theme, but what about Toy Story?  Westerns were wildly popular until every little boy became obsessed with the Space Race.  The villain in Toy Story 2, has quite the collection of 50s toy memorabilia and space age furniture. 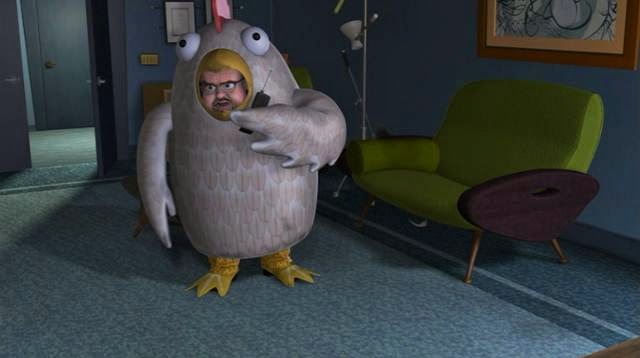 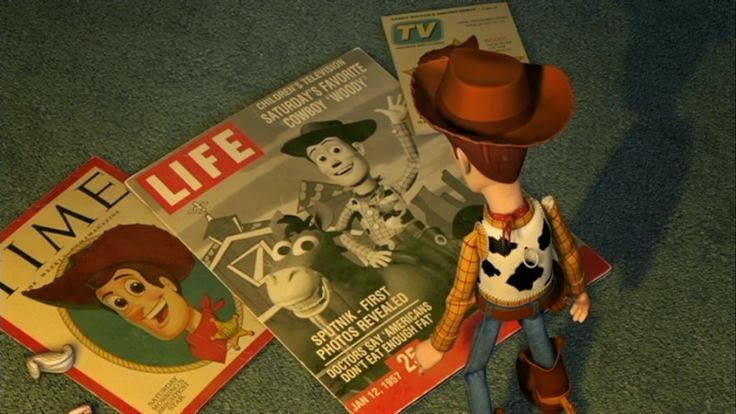 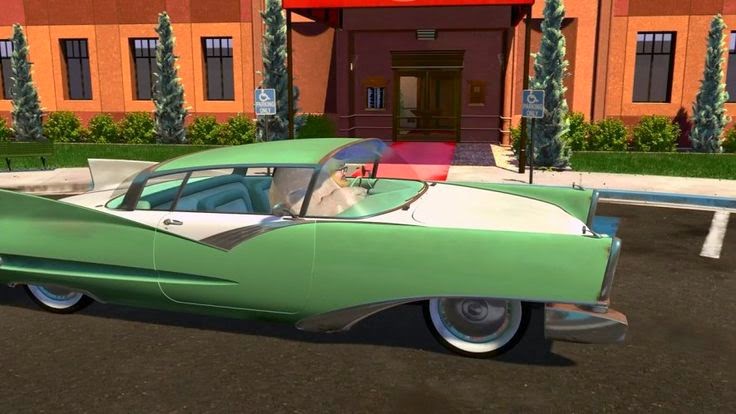 The coolest example though, is the film, The Incredibles.  Holy design-gasm!!!

Our absolute favorite is the Powerpuff Girls.  My daughter loves watching a show where tiny super hero heroines save the day.  I love watching it because of the clever writing and carefully crafted, atomic style backdrop.   I want to marry professor Utonium, just so I can live in his house, which is believed to be modeled after a home in the 1958 French Comedy, Mon Oncle. He has Mondrian inspired artwork, an Eames lounger, swag lamps, and tons of atomic ranch style. Townsville is also filled with many perfect examples of 1950s architecture. 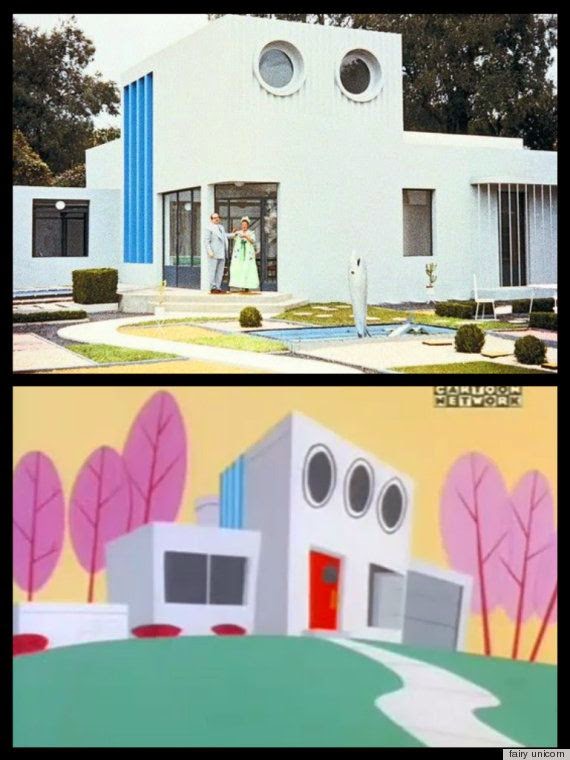 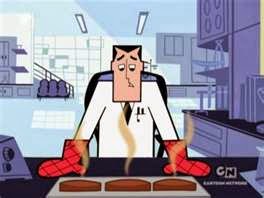 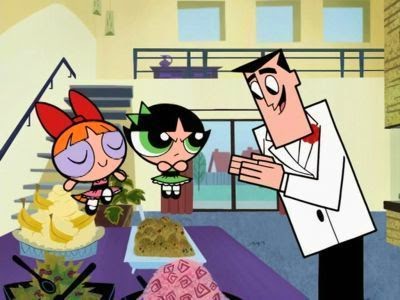 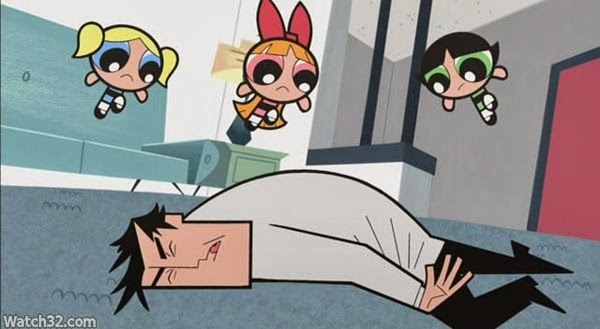 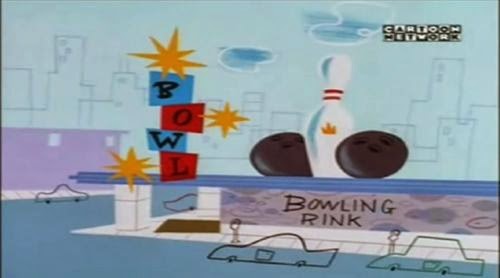 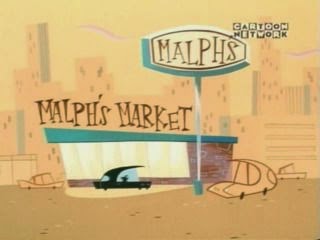 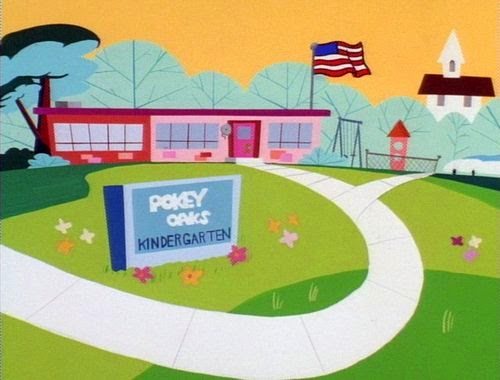 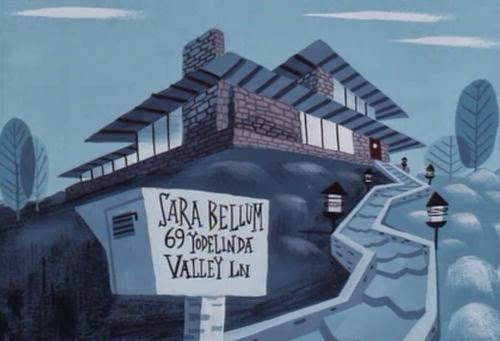 Interested in watching a collection of Mid-century cartoons and shorts? Check out this collection by Animation archaeologist Steve Stanchfiled.
Happy Sunday!