When people think about preserving historic buildings, there are a couple of structures that stand out as worthy of our attention.  Styles like Colonial, Gothic revival, Victorian, and even Art and Crafts always garner a lot of attention.  What about buildings in our more recent past?  Mid-Century architecture isn't deemed nearly as sexy.  There are not a whole lot of people clamoring to save 1940s service stations, even if they are perfect examples of Art Deco architecture.  What about post war neighborhoods?  There aren't many historic walking tours dedicated to appreciating tracks of ranch homes.  Nobody is chaining themselves to these buildings, even though many are slated for demolition.  I had planned to do an outfit post in front of a vacant storefront downtown, but before I could schedule it, it had burned to the ground.  No one seemed bothered.  It was after all, just another vacant building in a struggling economy.  It got me thinking, perhaps I should seek out some of these vacant mid-century buildings for photo shoots.  Wouldn't it be glorious, if instead of building more stucco, Styrofoam filled monstrosities, we rehabbed some of these well built, brick mid-century businesses?  This is a series dedicated to all the forgotten postwar buildings.  I would like to bring them out of obscurity and into your consciousness.
The first is Cleaver Carpet Center, which opened in 1947, and no longer has regular business hours.  The broken window is the first sign that this building is in trouble. 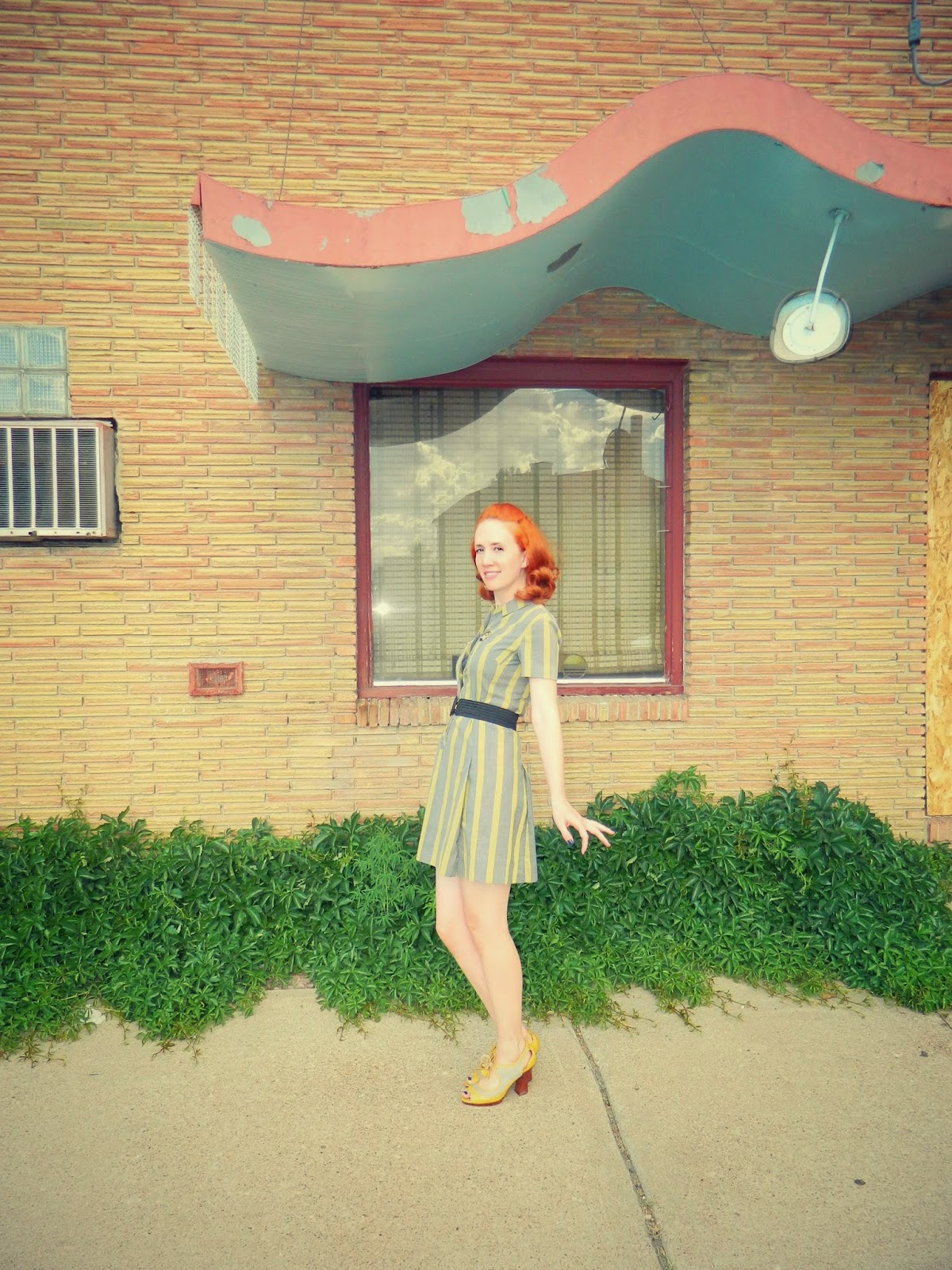 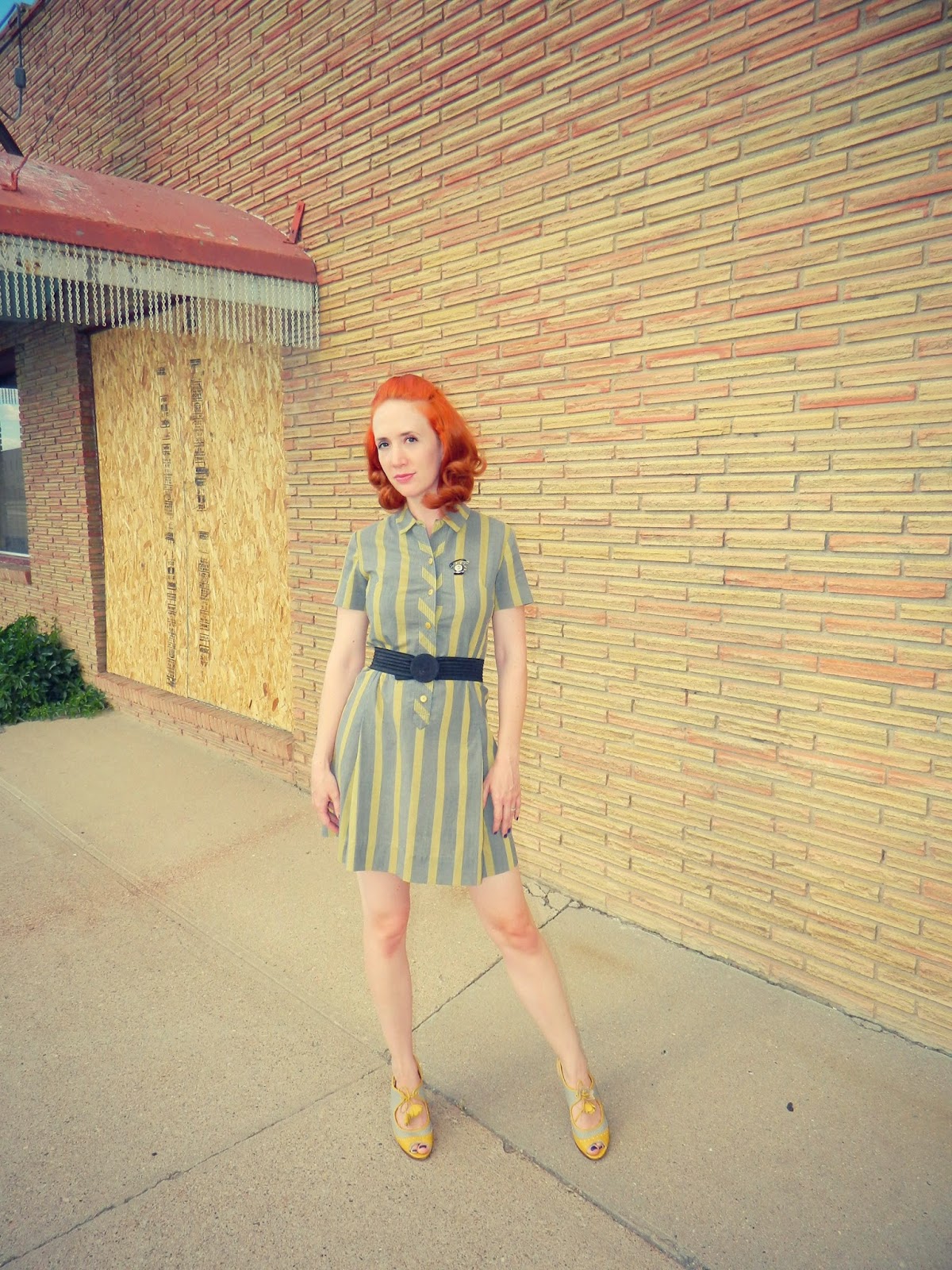 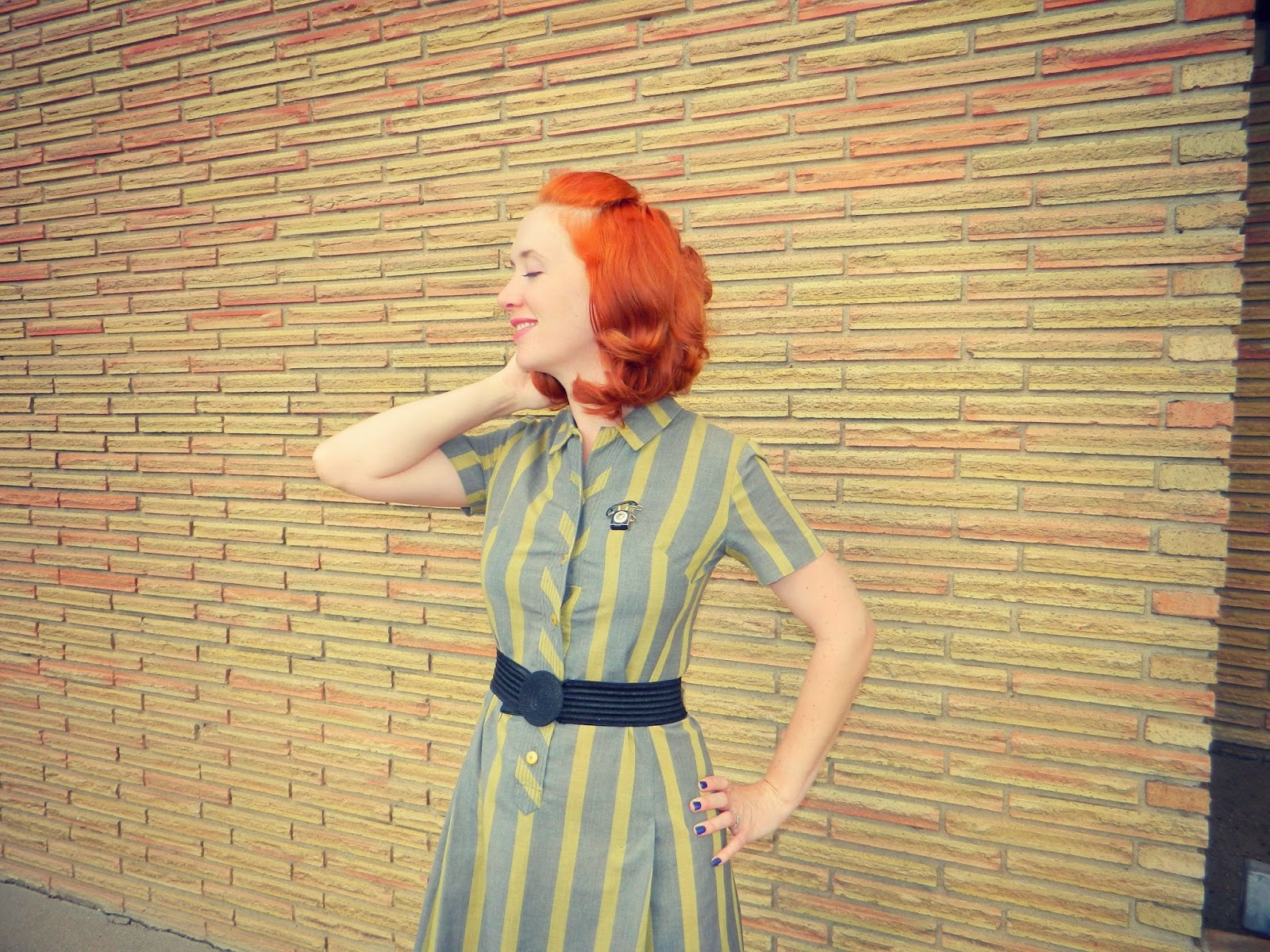 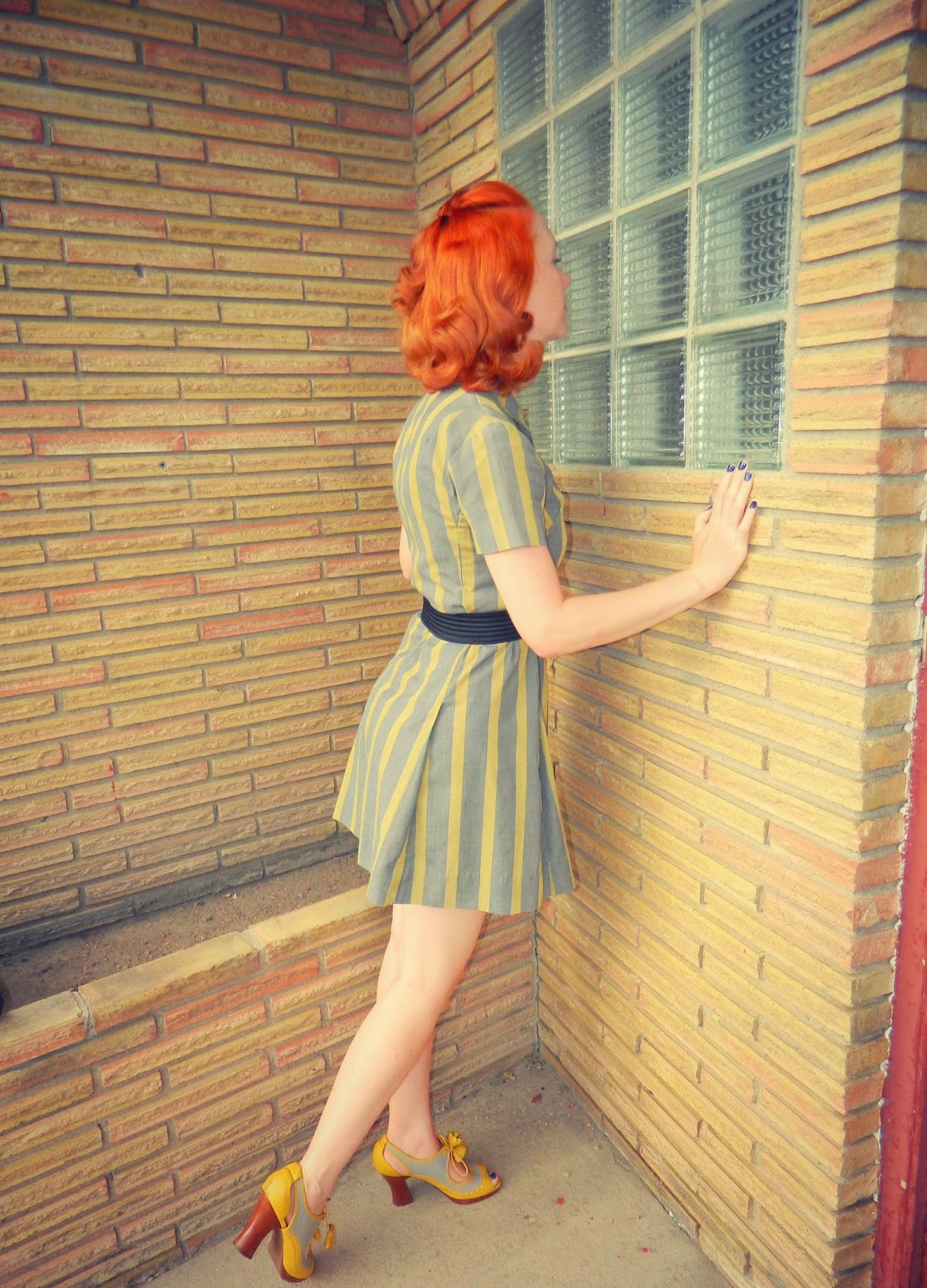 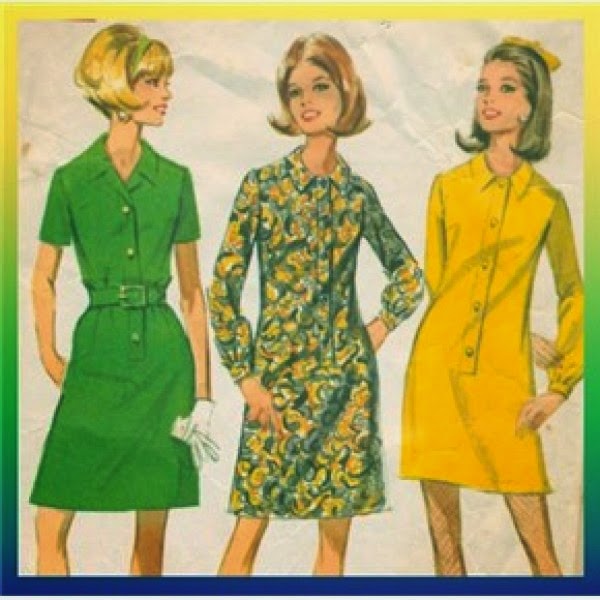