I was looking back at my New Year's Resolutions from last year, and I realized that I only completed 7 out of 10.  I'm really trying to be pleasantly optimistic, so I suppose I should be proud that I persevered on most the list.  The things I didn't accomplish, were all craft/sewing related.  It's not for lack of trying though, my sewing machine "Little Bitch" didn't get that moniker randomly.  It is always breaking down, causing me to cuss, and totally ruining my productivity. This year my goals are a little simpler.  They're designed more to make me feel happier, more fulfilled, instead of a check list of crap I have to do around the house.

1. First off, I want to read more.  No matter what, I read one book a month because I'm a diligent little book clubber.  I figure two books a month is a pretty attainable goal. Since 2014 has started, I've already read Orange is the New Black (for book club) and Gone Girl (a totally random library selection).  I literally picked up Gone Girl, opened the book randomly, and read my name as the main character finds a phone number (possibly from a stripper) in her husbands pant's pocket.  I figured the universe was giving me a cue.  The first half of the book was probably one of the best character studies on a failed relationship that I've ever read.  Totally funny, irreverent, and relatable...then it turns into a mystery novel.  The book jacket describes it as "unputdownable" which is the stupidest made-up adjective ever, except for the fact that it's true.
Half of my books will be selected by my book club, but I'd love some suggestions of your favorite books.  Nothing Grandiose, like War and Peace, just literary works that moved you, made you laugh, made you think, etc. 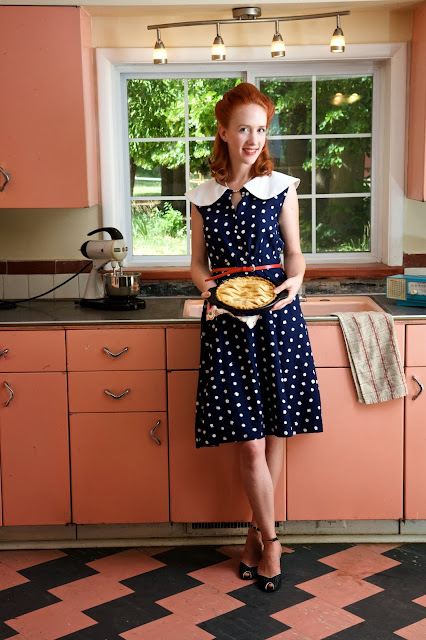 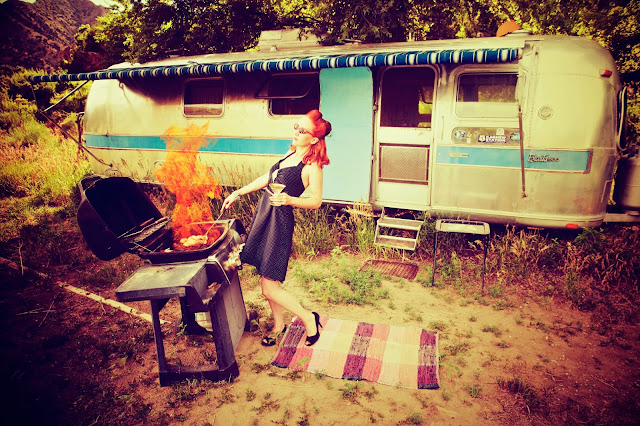 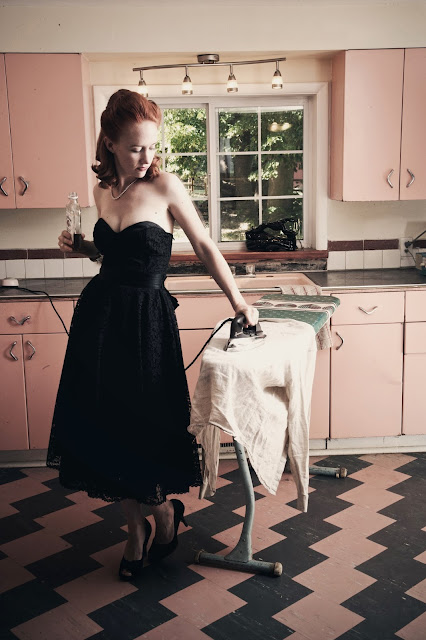 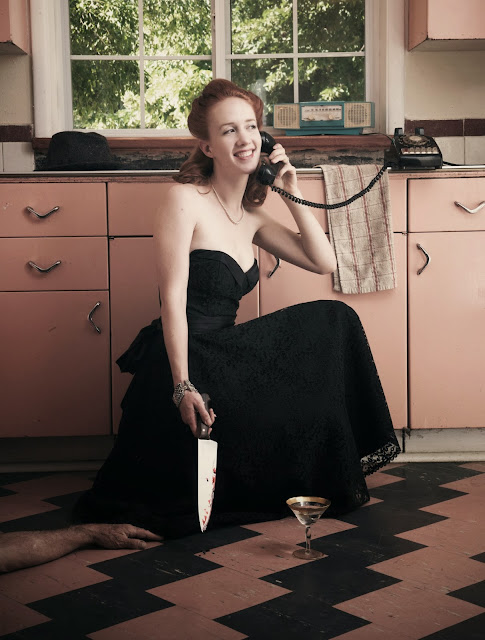 2. Model for more storyline, artistic type photoshoots.  I have a really fun, board game themed shoot I'd like to do when things start to green up around here.  I'm getting bored with the traditional "outfit posts" I always do, and while they won't totally disappear, I'd like to make them a little more interesting.  For last year's resolutions, we took some quirky family photos which I was hoping to share as a Christmas card.  I'll post them when we get them from the photographer.   It reminded me of the type of  photo shoots that hooked me in the beginning.  They are always quite the production, because they require props, outfit changes, and lots of planning.  Hopefully, I can post the first one by my birthday in March. 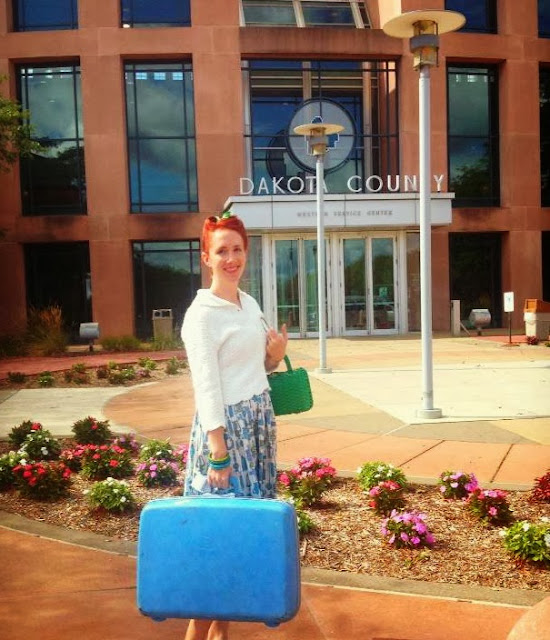 3. Travel more!  In 2013, I got my first taste of solo travel since about 2005, when I flew to Portland, OR to officiate one of my best friend's weddings.  This time, I got to surprise my super amazing friend Jenny, for her 30th birthday in Minneapolis, MN.   I absolutely loved the Minneapolis/ St. Paul area.  I was there in September, which meant cardigans, apple picking at an orchard,  sightseeing.. latte in hand, and some really fun vintage shopping.  The culture, the art museums, the architecture make this one of my favorite US cities.  I  would even consider following her out there, if I wasn't afraid my face would freeze off come winter!  My travel plans for 2014 include Philly, PA in July and perhaps Dallas, TX in November if my hubby gets his board game published. 4. Going back to school in some capacity.  In the "before times" (as in before marriage and children) I was a film major.  sadly, I haven't really made use of it and it's not really a practical career option living in Colorado.  I'd like to enroll in a couple of classes, so that when my youngest finally goes to school full time, I'll be on my way to contributing money to this stone cold pack of weirdos.  I just watched Bridesmaids, can you tell? Help me, I'm poor! 5. Speak at the Saving Places 2014 preservation conference.  Alright, maybe it's cheating to put this on the list because it's not really something I have to "make happen." Rather, it's happening in February, I've already registered to speak, and now I just have to show up, be interesting, and try not to throw up!  Seriously though, I'm sure I will enjoy the experience. Right? 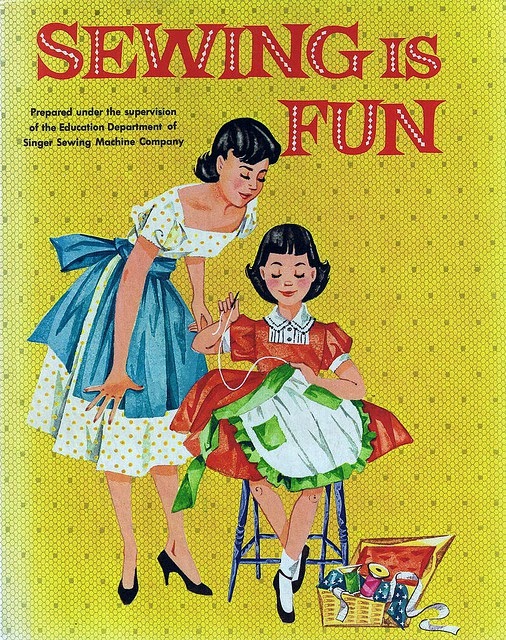 6. More hair pulling, expletive inducing, yet oddly satisfying crafty crap!  I'm just going to move my sewing list from 2013 to 2014 and hopefully a little trip to the repair shop, and Little Bitch will be right as rain.  Just to totally complicate things, I'm going to try to learn to knit.  I've already enrolled in an online knitting class and started a stitch & bitch club to keep up my momentum. 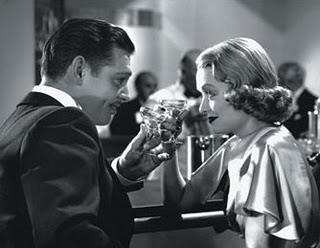 7. Start another club.  Okay, so let's see...I have a weekly board gaming group, a bookclub, a stitch & bitch club....now let's get to the root of what I really feel like doing after a long week....drinking!  I was thinking of calling it "moms who like wine" and then I realized that alienated some of my friends, so I changed it to "chicks who LOVE wine."  Then I thought, why not call it, "bitches getting drunk," because that is totally an invitation I would respond to.  It's the most inclusive in case guys come and we switch from wine to cocktails.  I am always thinking ahead. Would you come to a club with this name?  I think my friends will ONLY come to a club with his name. 8.  Be a more positive, kinder, more enlightened person.  Let me just beat you with this giant cliche' of a resolution!  I feel like I started off last year on the right track, and for whatever reason these last couple of months I find myself being cynical, critical, and restless.  One too many articles about Fukushima, dying bee populations, school shootings, etc, etc and I'm feeling like there's not a whole lot of hope for this race of ours.  I'm choosing to unplug for a little while, surround myself with friends, happy music, and maybe a hilarious cat meme or two until I remember all the good and can BE some of the good too.