It's been a crazy whirlwind week!  My husband and I gave our presentation at the library entitled, "Pueblo Modern: Inside and Out."  We had nearly 100 people show up!  I think it went really smoothly, especially considering I am pretty shy and public speaking makes me really nervous.  Strangely, I didn't feel nervous while presenting, it was just the anticipation of the event had me on a super adrenaline high for most of the day.  The local newspaper ran a two page spread about the event and my little blog.  I had a lot of people email me with lovely, supportive messages, wishing to share their stories growing up here and also some of their personal photos of the era.  I realized just how small my city is (100.000 people), because I have been recognized from the article about 5 times in public.  We may present this information again in the future, and maybe even do a part 2, since we stopped at 1959.
You may remember this location from an early outfit post I did here.  It's called The Aberdeen, and is probably the coolest apartment building in Pueblo, maybe even Southern Colorado. It was built in 1961 and has this amazing mid-century Miami vibe.  We got permission from the owners to do an early morning shoot there (thanks Megan & Jim!!)  It rained hard the night before and it was still overcast and misty so I expected the water to be freezing.  Nope! It was the perfect temperature.
I'm wearing a 1940s or early1950s deadstock bathing suit that I bought on ebay last year. 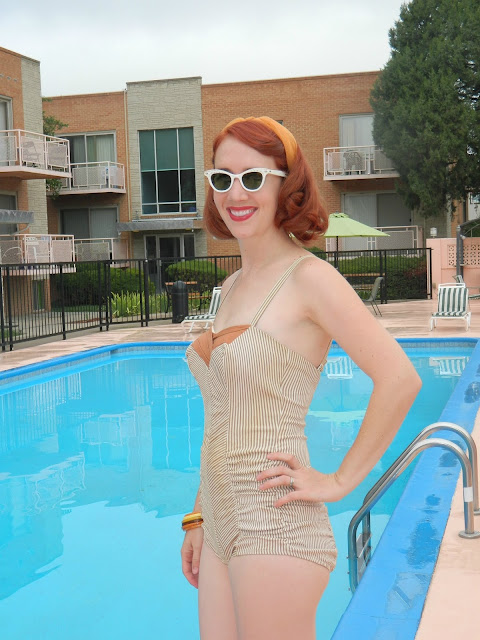 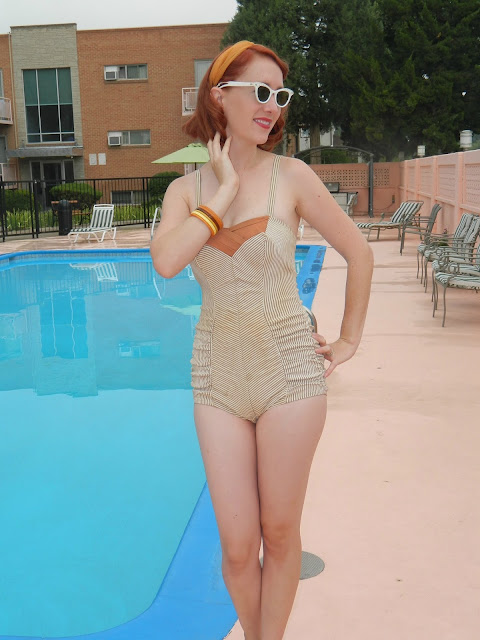 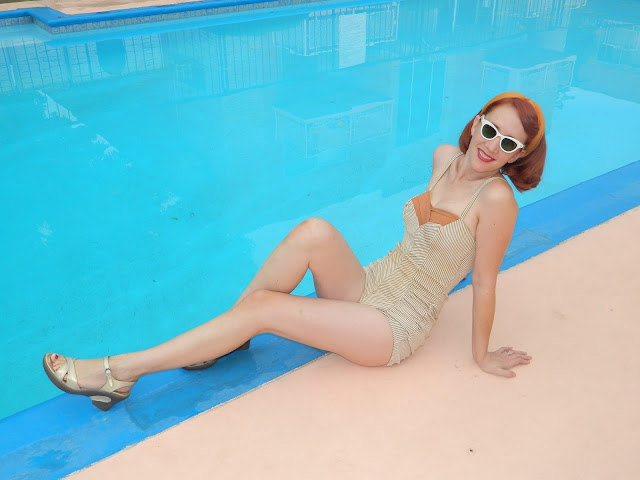 Stay tuned for the outfit post of the dress I wore to present...
XOX, Hannah
Here is the Chieftain spread if you didn't get a chance to see it:
P.S. don't ask me what I am doing in that last picture? It looks like I'm squishing a bug. ;) 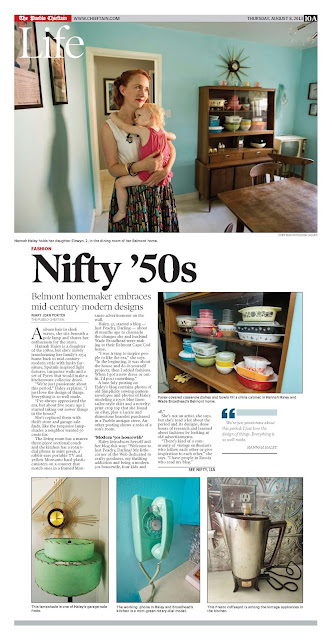 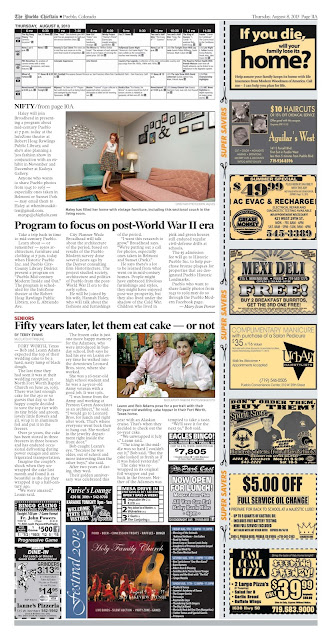